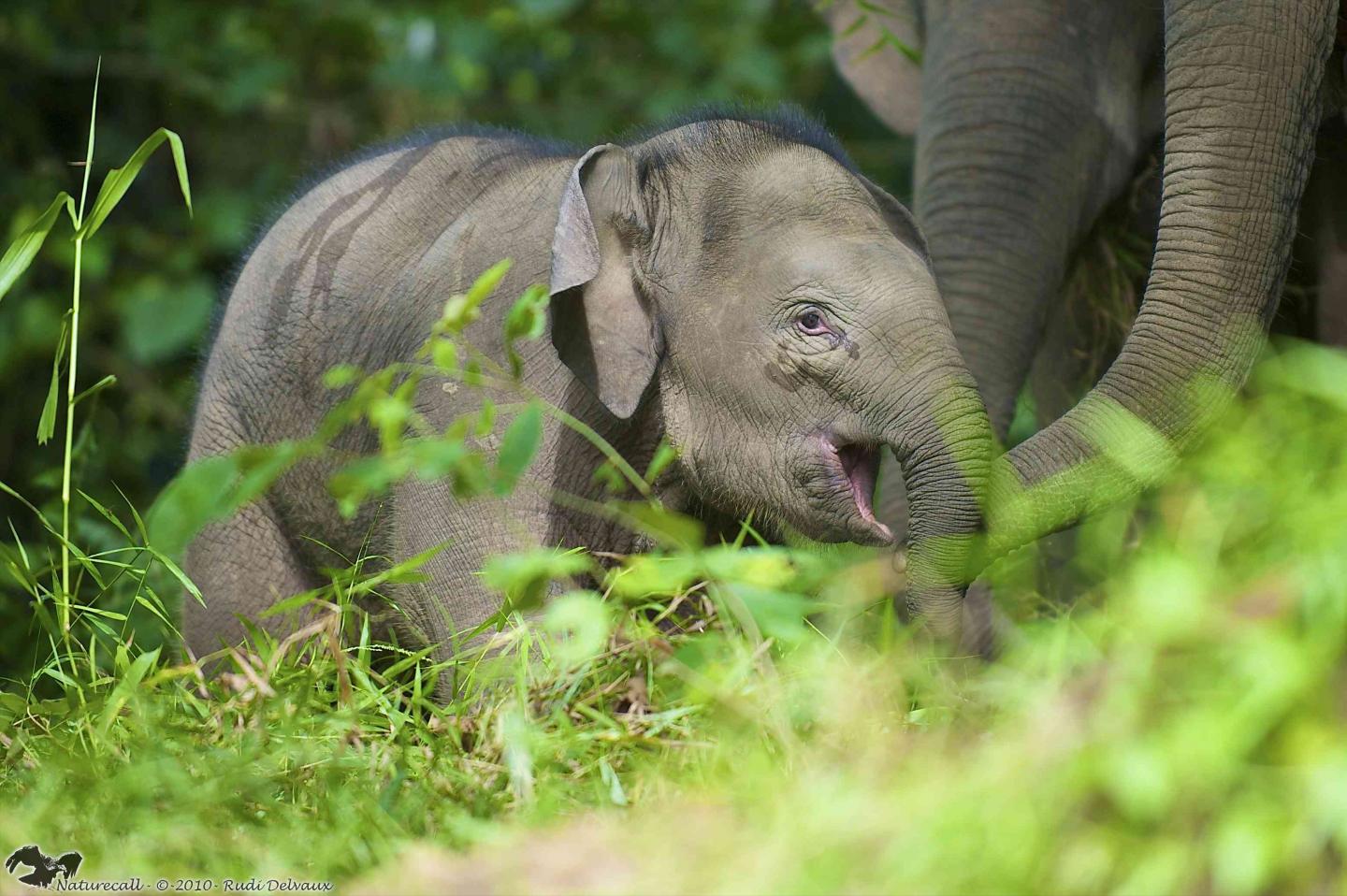 How did Borneo get its elephants? This could be just another of Rudyard Kipling’s just so stories, but researchers believe they may have solved the mystery surrounding the origins of the Island of Bornean elephant.

The Bornean elephant is a subspecies of Asian Elephants that only exist in a small region of the island. Until recently, two opposing theories have been under debate to explain their origin: One said they could have been introduced by humans, about 300 years ago, or they could have diverged from Asian elephants a long time ago.

There are indeed historic records reporting that, in the 17th century, neighbor Sultans offered elephants as gifts to the Bornean Sultan.

Current elephants would thus be non-native elephants that turned feral. On the other hand, about 15 years ago a genetic study showed that the DNA of Bornean elephants was very different from that of other Asian elephants, suggesting a very ancient separation, on the order of 300,000 years ago. However, no elephant fossils have yet been discovered in Borneo, even though fossils from other large mammals such as orang-utans have been found.

Now, in a study published in Scientific Reports, a team of researchers from Cardiff University with experts from across the world, found that elephants might have arrived on Borneo during low sea levels between the Sunda Islands in Southeast Asia.

To shed light on the mystery of Bornean elephant’s origin, the team used genetic data analysis and computational modeling to study their history. “What we did was to create computational models for different scenarios that might have happened. Then, we compared the results from these models with the existing genetic data, and used statistical techniques to identify the scenario that best explained the current genetic diversity of the elephant population in Borneo”, explains team led researcher Lounès Chikhi.

“Our results suggest that the most likely scenario to have occurred is a natural colonization of Borneo around 11,400 to 18,300 years ago. This period corresponds to a time when the sea levels were very low and elephants could migrate between the Sunda Islands, a Southeastern Asia archipelago to which Borneo belongs. We cannot exclude more complex scenarios, but a historical human introduction seems very improbable, and so does a very ancient arrival”, adds Reeta Sharma, a researcher at the IGC and first co-author of the paper.

With less than 2000 individuals surviving today in an increasingly fragmented environment, and with regular news of poisoned or killed Bornean elephants, the future is grim for this endangered species.

“In the light of the recent killings of elephants in the state for ivory trade and during conflicts, Sabahans must realize that it is their natural patrimony that is targeted, they need to stand for their wildlife and condemn those who kill those magnificent creatures,” said Benoit Goossens, from Cardiff University. “We should take pride of our wildlife, elephants are part of Sabah’s patrimony and we cannot afford losing more animals.”