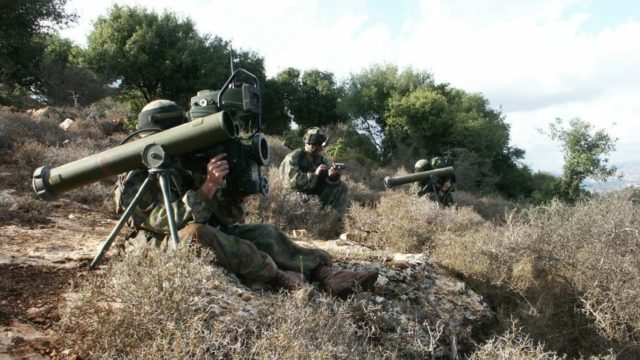 India has canceled a half-billion dollar anti-tank missile deal with Rafael Advanced Defense Systemes. The Israeli company was supposed to supply the Defense Ministry of India with 8,000 Spike missiles, more than 300 rocket launchers, various technologies and the opening of local production lines.

According to reports in India, the country pulled out of the deal in favor of encouraging its local defense industry, and the local development of a portable anti-tank missile system of a government agency, the Defense Research and Development Organization (ORDO).

India estimates that in another three to four years they will be able to produce anti-tank missiles that can compete with Rafael’s spike missiles.

The Ministry of Defense of India announced the cancellation of the deal about two weeks before Prime Minister Benjamin Netanyahu’s visit. Senior military industry officials and businessmen are expected to join the visit and meet officials in the administration. According to estimates, Indians are interested mainly in the fields of water, agriculture, energy, and not in the security field.

On Tuesday India’s Defense Ministry agreed to buy 131 surface-to-air missiles from Israel worth $70 million. According to the reports, India will acquire Rafael’s Barak missiles, intended for use by the aircraft carrier, which is still under construction.

However, it is not clear whether the type of missiles is involved. In 2001, India purchased a system for the Barak 1 missiles, and since then has purchased such missiles every few years. According to reports, it is possible that these are advanced Barak 8 missiles, also manufactured by Rafael. But Rafael said no such deal had been signed.

“Raphael has received an official announcement from the Indian Defense Ministry regarding the cancellation of the Spike missile deal,” Raphael said in a statement, adding that Rafael was sorry to make the decision but was committed to continuing to work on this important goal. Over a period of more than two decades, with a range of innovative and advanced systems and with a commitment to the Indian Ministry of Defense, and will continue to cooperate with the Prime Minister’s delegation to India this month. ”

Last year, two giant deals were concluded between Israel and India. In April, Israel Aerospace Industries (IAI) reported that it had signed contracts worth $1.6 billion for air defense systems for the Indian army. About a month and a half later, it was reported on another deal worth $630 million to install the Barak 8 air defense systems on four Navy ships in the country.