In a little while from now, a matter of days or weeks, two US administration officials will arrive in Israel. They will be greeted at Ben-Gurion Airport’s Masada Lounge as very important guests. They will see a lot of smiles in front of their faces and will reveal white teeth as they smile back.

They will get the presidential suite at the King David Hotel in Jerusalem. The prime minister will welcome them and market, once again, Israel’s strong desire to reach peace, something along the lines of “our hands are extended.” These two will likely be President Donald Trump’s Jewish son-in-law, Jared Kushner, and his special envoy to the Middle East, Jason Greenblatt.

The “major plan” will be put on the table, and once its details are leaked, the media will use the words “surprise in Jerusalem” or “embarrassment in Jerusalem.” The facts will hit the Israeli hosts in the face. The friendliest president we ever had in the White House, we’ll find out, doesn’t exactly work for us.

Immediately after the Six-Day War, the US administration said it wouldn’t recognize the occupied territories and united Jerusalem as Israel’s capital. Fifty years have passed, a lot of water has gone under the bridge in the Potomac and Yarkon rivers, American presidents and Israeli prime ministers have come and gone, and the Israeli policy has been changed at least once or twice.

The Americans have taken note of every comment made by senior members of the Israeli governments, but they have always implied that the things said by Israel’s leaders are not important and that, when the time comes, they will be tossed into the trashcan of history.

After the Six-Day War, the Americans believed they had a winning formula in their hands, and they have stuck to it ever since. Meanwhile, neighborhoods have been built and settlements have been established so that it would be impossible to uproot them. 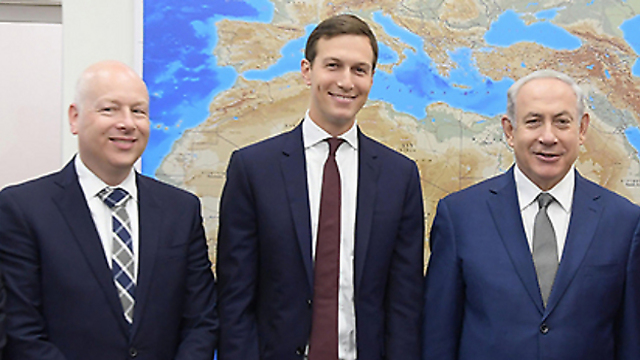 After Israel and Egypt signed a peace agreement, the Arab and American leaders told Israel there was no chance for peace with Syrian leader Hafez Assad and with Jordan’s King Hussein if they weren’t given all of the land to the very last inch. In closed conversations, the Americans explained to the Israelis why they needed to return everything “to the very last inch,” and reminded those who had forgotten about what happened with Taba—the hotel Israel believed it would keep, but which was returned “to the very last inch.”

The Americans are crueler than we think when it comes to their foreign policy. There is only one thing they know: Interests. They have no intention, after making such high payments to the Israeli coffers, of being nice to us on the moment of truth. If the current interest is to bring peace to the Middle East, even at the cost of evacuating most of the settlements. It’s not something they consider to be a major operation, having gained experience in such operations in many places around the world.

At first, Trump’s two representatives will likely try to insist on removing east Jerusalem neighborhoods from Israeli control, and will then turn to the Judea and Samaria settlements. Why? Because for 50 years they have been saying something, and we have been laughing at them.

And what will happen to our friend at the White House? If Israel turns down his offer, we will hear the famous “don’t call me, I’ll call you” from Washington. Trump will slowly lose interest in Israel. And when 128 states turn against Israel again, we will discover that he is seeking the friendship of the Arab states surrounding us. We don’t want that to happen of course, but that’s exactly how it could end.