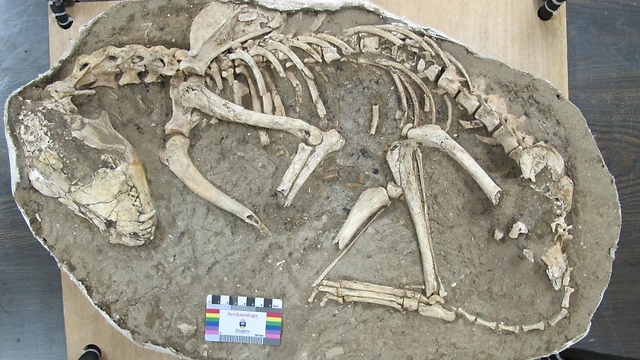 The mysterious dog cemetery, which was discovered 30 years ago at the Tel Ashkelon National Park, Israel is disturbing the minds of the researchers and does not provide answers to the horrors and mass murders that occurred here some 2,500 years ago.

The archaeologist, Professor Guy Bar-Oz of the University of Haifa, takes us on a walking tour of the ancient dog cemetery, where skeletons of thousands of dogs were found. “In the Persian period, here was a magnificent, cosmopolitan and rich city, and right here: in the most expensive real estate in the city – adjacent to the temple and the spectacular view to the sea – more than 1,400 skeletons of dogs were discovered, most of them puppies.”

Prof. Bar-Oz does not yet know why so many dogs were buried in this place. “There is a great deal of Phoenician and Persian evidence related to the Zoroastrian faith, the official religion of the Persian Empire, which sees the dog as a holy animal that accompanies the goddess of medicine,” he says. “The dog’s licking was caught in the ancient and traditional world – as a healing effect.”

In a phone conversation with archaeologist Dr. Daniel Meister of the University of Chicago in the United States, who conducted the fascinating excavation in Tel Ashkelon about 30 years ago, he says that during the course of the excavations, thousands of other dog graves were discovered in various areas throughout the ancient city: And not just in the city center and near the great temple. 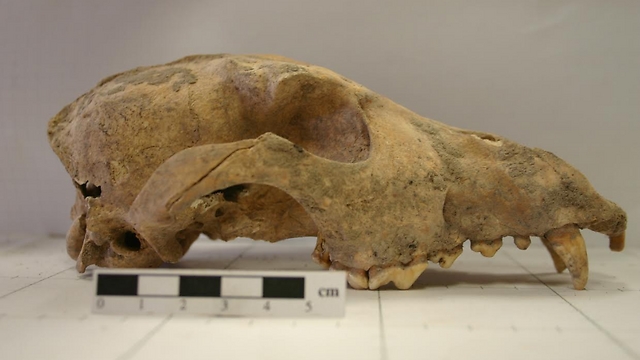 “The dog cemetery at Tel Ashkelon is a mystery, but despite the many artifacts discovered in the archaeological excavations, we have no clue to why people who lived in the Old City thousands of years ago decided to bury thousands of dogs in a short period of time. In mass graves one on top of the other, “Dr. Mester said,” The findings do not indicate ritual burial! There may have been a terrible plague that killed the entire population of dogs in the city and for sanitary reasons, the residents rushed to bury the bodies. ”

Walking over the many dog graves is a little chilling and reminds a scene of a Hollywood horror film. Anyone looking for evidence of dog murder in the ground has a good chance of finding bones. Levana Nezer Shmila, who coordinates the training in the Ashkelon National Park of the Israel Nature and Parks Authority, is also a bit concerned about walking at the mass burial site.

“I love dogs, walk on skeletons of dogs or a burial site of people, it’s a similar feeling, but this site is very important and intriguing, through which you can learn about the ancient and mysterious connection between dogs and humans,” she says. 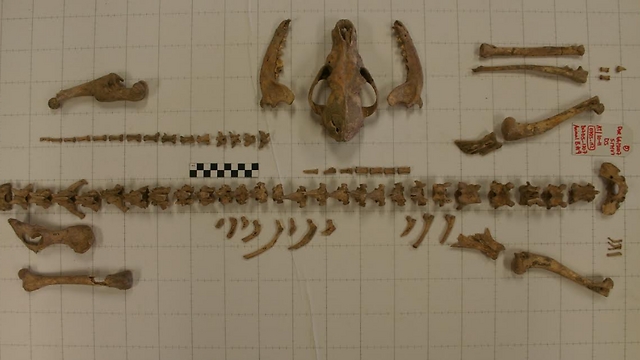 To try to figure out who were the people who buried the thousands of dogs? And why? We have to go back thousands of years to the Persian Empire. Archaeologist Dr. Yoav Farhi, who is in charge of the Center’s heritage in the Israel Nature and National Parks Protection Authority, says that there was no religious coercion in the Persian Empire that ruled the city of Ashkelon.

“The fortified city of Ashkelon underwent many conquests and many peoples ruled it throughout history: the Canaanites, the Philistines, the Hellenists, 2,500 years ago, people from different cultures from all over the political entity known as the Persian Empire. What their culture was – we do not know! “Says Dr. Farhi.

Dog breeds 2,500 years ago were very different from the many dog breeds that we breed today. The Assyrians raised fearsome Mastiff dogs for war, while the ancient Egyptians cultivated thin, quick-thinking dogs of the pharaoh’s jackal. Professor Guy Bar-Oz claims that “the thousands of dogs buried in Tel Ashkelon were probably Spitz dogs, like the Canaanite dog of the Bedouins.” 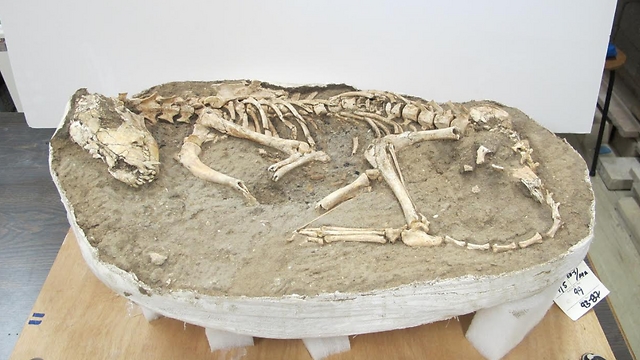 The thousands of ancient skeletons of the “good friend of man” are kept away from the public eye. Nezer points to a number of closed containers with heavy locks placed behind a high fence at the edge of the archaeological mound. “The secret of the thousands of dogs discovered at Tel Tel Aviv is hidden in these containers, and the rare findings await the right budgets and the right time to come out and solve the mystery!”

We conclude the strange visit to the archaeological burial site and Prof. Bar Oz sharpens the central questions related to the mystery of the largest dog cemetery in the world. “Why were all the dogs killed? Why were they buried here?” What was the cause of the death of thousands of dogs? These are all open questions, and I hope that future research will find an answer.

By Ynet News (in Hebrew)