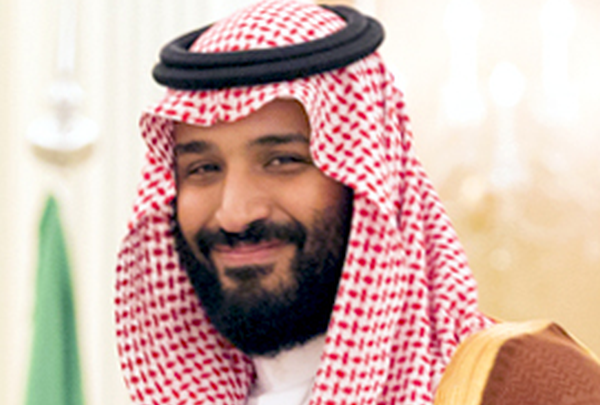 “Iran’s supreme leader is the new Hitler in the Middle East.” This quote does not belong to Prime Minister Benjamin Netanyahu or to right-wing leaders in Europe, but rather to Saudi Arabia’s Crown Prince Muhammad bin Salman, who attacked Shi‘ite Ayatollah Ali Khamenei in an interview with the New York Times published on Thursday.

Israel, whose relationship with Riyadh has been warming up recently, was not mentioned in the interview. Ben Salman also refused to speak about Lebanese Prime Minister Saad Hariri, who announced his resignation in Saudi Arabia and returned to Lebanon a few days later, where he delayed his resignation.

He only noted that the bottom line of the Hariri affair is that the Lebanese prime minister will not continue to provide political cover for the Lebanese government that is actually controlled by Hezbollah.

Friedman, the Jewish columnist for the world’s most respected newspaper, said he flew to Riyadh to interview Ben Salman, known as MBS. He wrote that he had met him at the palace of Auja, north of Riyadh.

Ben Salman spoke to Friedman in English, and alongside him were Prince Khaled, Saudi Arabia’s new ambassador to the United States, and other Saudi officials.

Ben Salman, 32, denied allegations that the arrest of dozens of princes sent to the Ritz Hotel was part of a power struggle. “It’s absurd,” the crown prince replied, claiming that “most of the royal family” was already behind him.

“Our country has suffered a great deal of corruption from the 1980s until today, according to our experts’ calculations, about 10 percent of all government spending is drawn annually due to corruption, from high to low levels.

Over the years, the government has opened more than once in the ‘war on corruption’, but all failed. Why? Because they started from the bottom up. ”

According to Ben Salman, it will be possible to reach agreements with the detainees that will return to the Saudi government no less than $100 billion. “We had to send a message – ‘You cannot escape’ – and we already see the effect of it.”

Friedmann wrote that the crown prince told him: “Do not write that we ‘reinterpret’ Islam, we return it to its roots and our best tools are life in Saudi Arabia until 1979.

In the days of the Prophet Muhammad, he said, there were theaters, there was a mix of men and women and was an honor for Jews and Christians in Saudi Arabia. “The first judge in the country was a woman, so the Prophet was not a Muslim?” Asked Ben Salman rhetorically.

One of his ministers showed Friedman photos and videos of life in Saudi Arabia in the 1950s – women without headscarves, wearing skirts, and walking alongside men in public.

In this article:Finance, Saudi Arabia, lebanon