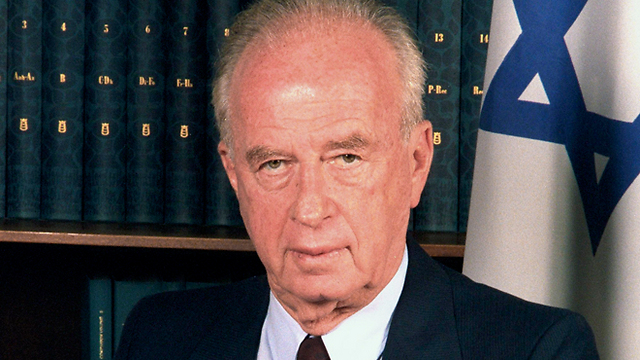 As far as I know and can imagine, there was only one time in his life as prime minister and defense minister that Yitzhak Rabin faced the need to lie and say things that weren’t true.

It was at the International Convention Center in Jerusalem, at the end of then-US President Bill Clinton’s trip to Europe. I saw the pleading looks on Clinton’s face, who was well aware of the fact he was placing on the Israeli prime minister’s shoulders something Rabin found totally unacceptable.

“Give me a minute to think,” Yitzhak Rabin said to him, and I understood his need to avoid having to lie. There were hundreds of journalists waiting in the auditorium for the conclusion of the US president’s trip to Europe, which was aimed at bringing peace between Syria and Israel, among other things.

Today, we are marking 22 years since the murder of the man who took responsibility for everything.

Twenty-two years have passed, and Yitzhak Rabin is still being commemorated. The man who did so much as a soldier—including as the chief of staff who presided over the Six-Day War victory—made a name for himself as the person who brought a peace agreement with the Jordanian kingdom and tried to reach a final-status agreement in the eternal fight between the Palestinians the Israelis. Rabin’s murder, almost undoubtedly, prevented the renewal of peace talks with the Palestinians.

We must admit, however, that the two decades that have passed since the day of the murder have taken their toll on Yitzhak Rabin’s name. We are already beginning to think it’s no coincidence the nation’s leaders aren’t using the word “murder” when discussing Rabin’s death.

In the Labor Party—his own party—the word “murder” was omitted from the invitations to his memorial ceremony. Even the Palmach website states Rabin “passed away.”

The leaders are ashamed of themselves, of their people and of their country because of the murder. It’s as if leaders haven’t been murdered in the United States and in other Western countries. We are apparently different: We are ashamed and we are erasing almost everything that was done to a victim who made such a big contribution to the State of Israel’s safety and security. From now on, we must say: Yitzhak Rabin wasn’t killed in the line of duty, he wasn’t a prime minister and defense minister, and he died while slipping on a banana peel on the street. The remembering generations prefers to remember it differently.

In this article:Yitzhak Rabin, Finance, murder