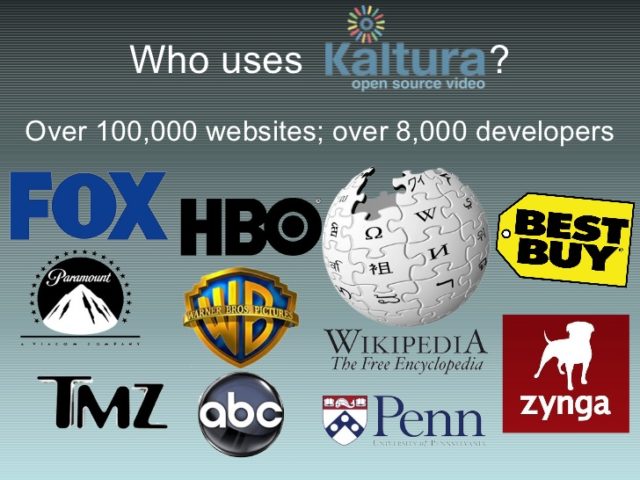 Israeli video company Kaltura is preparing for an IPO and is aiming for a $1 billion. Calcalist which was first to publish has learned that Kaltura is in talks with foreign banks regarding its Nasdaq offering in the second quarter or third quarter of 2018.

Last week, Israeli-based Forscout set an IPO on the Nasdaq at a company value of $815 million after money, with a $116 million raise. This amount is far from the private placement conducted by the cyber company last January, in which it raised $76 million at a company value of $1 billion. It seems that it had to compromise because of investors’ desire to liquidate the investment.

Among investment bankers, there is concern that the value attests to the cold market in the US.

Kaltura may find itself in the same situation. However, if the market does not provide the requested value, the company may find less willingness to be more flexible than Forskaut.

Investment bank Goldman Sachs has raised $50 million to Kaltura at an estimated value of $ 500-400 million, after a failed attempt to sell it a year ago. Goldman Sachs is also expected to lead the planned IPO on Nasdaq, and its entry into Kaltura symbolized the preparations for the flotation; In the past, The bank entered as the last investor before the IPO of Cyber Ark and Mobileye.

The company reaches 700 million viewers a month and its end users include media and telecom companies such as Warner Brothers, Paramount, HBO, Viacom, Vodafone, and Turner; Giant corporations such as Intel, Bank of America, Oracle, IBM and SAP; Israeli companies like Teva and Amdocs; And universities including Harvard, Stanford, and Columbia.

The IPO follows several recent contracts signed by the company, the largest of which is a giant deal reported in August with Vodafone’s cellular operator.

Under the agreement, estimated at $ 100 million, Kaltura will provide an online and live television infrastructure for Vodafone customers for five years.

In the local industry, Kaltura is considered a mature start-up. It has more than 1,000 paying customers, whose volume has not increased in the past year.

It has 480 employees, of whom 250 are in the development center in Israel. The company, which is headquartered in New York, is currently recruiting 50-40 additional employees.

Kaltura was founded in 2006 by Ron Yekutiel, CEO and chairman.

In the past, Yekutiel said that Kaltura received impressive purchase offers that decided to postpone and grow organic. According to estimates, Kaltura is profitable and has revenues of $ 100-150 million a year.