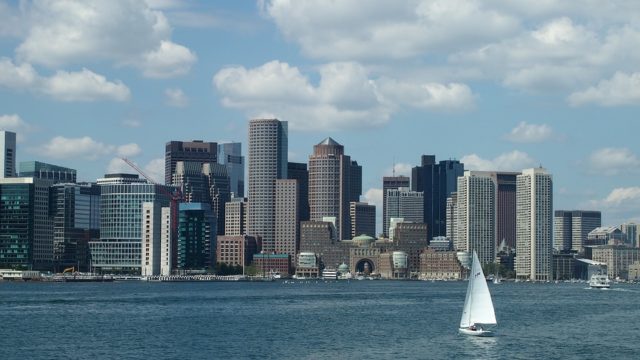 “The Boston Israeli community is very talented and accomplished,” says Dan Trajman, president and CEO of the New England Israel Business Council. He estimates that roughly 25,000 Israelis live in the Boston area.

“Most Israelis who come to Boston are coming to study at the top universities in the area, to do research, to start a company or because they are being relocated by their company. It started in the 1960s and grew since then. There are several generations of successful Israelis, some already retired and some in their prime right now,” Trajman tells ISRAEL21c.

Israelis are active in Boston-area academia, healthcare, retail and other fields. In high-tech alone, about 250 Israeli-founded companies have set up shop here.

An independent study commissioned by the NEIBC last year revealed that Israeli-founded businesses contribute more than $9 billion of revenue to the Massachusetts economy and secured more than $1.2 billion in venture capital from 2013-2015.

“A small country having such a huge impact half a world away is extraordinary,” says OurCrowd global venture partner David Goodtree, a board member of NEIBC and MassChallenge Israel, which has an accelerator in Jerusalem.

“Cybersecurity is the hottest sector currently,” Goodtree tells ISRAEL21c. “Digital health is coming on strong. Data storage has always been hot for Boston-Israel, and anything having to do with software, such as app development. The medical devices sector also hums along every year, and biotech is picking up.”

ISRAEL21c presents 12 of the many movers and shakers on the Israeli high-tech scene in greater Boston, in no particular order. 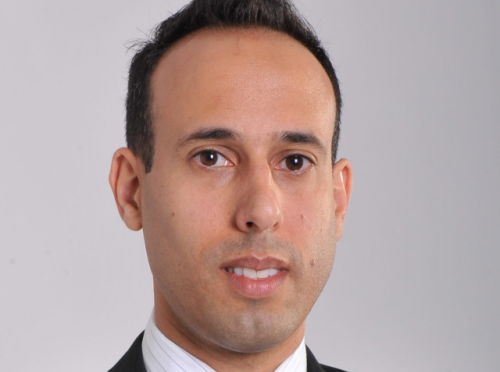 Div earned a degree in computer science at the Academic College of Tel Aviv-Yafo in 2004. He was a development group leader at Amdocs until January, when he cofounded AlfaTech, a cybersecurity services company for Israeli government agencies. He then cofounded Cybereason and moved to Massachusetts.

Cybereason is headquartered in Boston’s Back Bay, maintains an R&D center in Tel Aviv and has offices in London and Tokyo, and recently won $100 million in new capital from SoftBank of Tokyo. Last April, Cybereason launched SecureBoston, a program to help local organizations and businesses fight ransomware attacks.

Div accompanied Massachusetts Governor Charlie Baker on a 2016 economic trade mission to Israel. He was named to Built in Boston’s list of 35 tech people to watch in 2017. 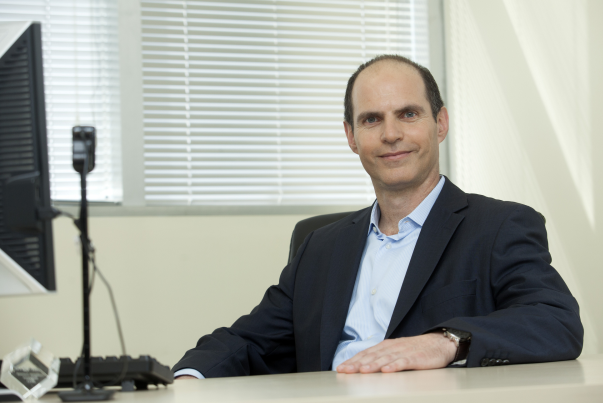 Udi Mokady established CyberArk’s US headquarters in the Boston suburb of Newton in 1999 and grew the company to a market leadership position in “privileged account” security.

CyberArk’s thousands of global clients include about half of the Fortune 100 companies. The company has offices in Australia, France, Germany, Italy, Netherlands, Singapore, Turkey and the UK, in addition to a Petah Tikva R&D center in Israel.

Mokady earned a law degree at the Hebrew University of Jerusalem in 1994 and a master’s degree in management from Boston University in 2003. Until founding CyberArk, he was vice president and general counsel for Israeli company Tadiran Spectralink, a producer of secure wireless communications systems. 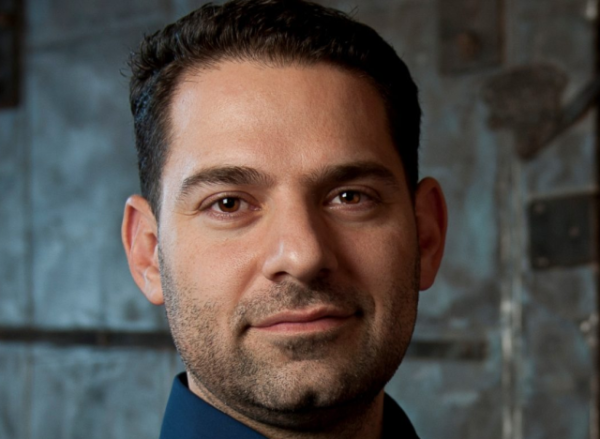 Gil Zimmermann took up his current position after Cisco acquired CloudLock, the company he cofounded in January 2011 that enables enterprises to use the cloud securely as their primary business platform.

Zimmermann was a software programmer and system architect in the IDF’s Mamram central computing system unit from 1992 to 1997. In 2000, he earned a computer science and mathematics degree at Tel Aviv University and then went to Boston to get his MBA at Northeastern University.

He had two previous positions in the Boston area, as entrepreneur-in-residence at the Cedar Fund and as CEO and cofounder of Aprigo, the forerunner of CloudLock. 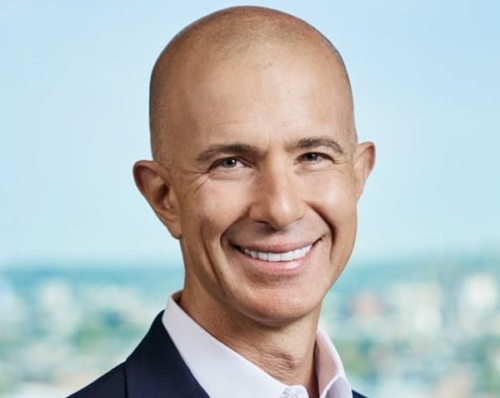 In 1996, together with Phyllis Gotlib, physician Ido Schoenberg cofounded iMDSoft in Tel Aviv, now a multinational provider of enterprise software for automating hospital critical-care units. In 2001, he became CEO of Boston-based CareKey – a healthcare software company founded by his brother Roy, also a physician – and took CareKey through its $100 million acquisition by the TriZetto group in December 2005.

In 2006, the brothers founded American Well, which brokers on-demand telehealth visits between patients and providers in 46 states over secure video. Ido is chairman and CEO while Roy is president and CEO.

These accomplished siblings went to different medical schools – Ido to Tel Aviv University and Roy to Hebrew University – but have worked together since childhood. According to an article in the Boston Globe, Ido (now 53) and Roy (now 50), once bought a blind mule near Jerusalem and traded it in for two donkeys.

Roy, who also has a master’s in public health from Harvard, won the 2014 American Telemedicine Association Industry award for leadership and speaks widely about healthcare technology and health IT policy. 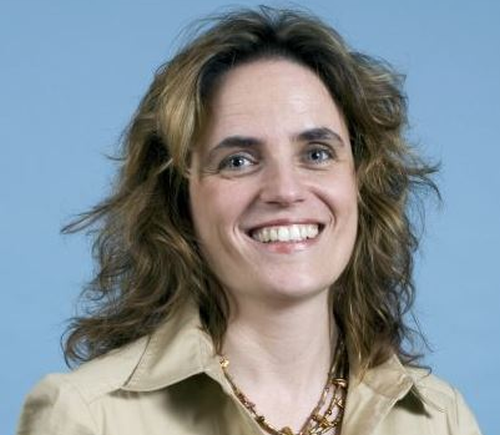 Serial entrepreneur Sharon Kan is the CEO of Pepperlane, an enterprise based in Lexington, Mass., which offers a web platform for mothers to build businesses that fit their lives and connect with other entrepreneurial moms.

She has served as entrepreneur-in-residence at Accomplice, chairwoman of Luminoso Technologies and of Orora Global, as well as cofounder of the WIN (Women Innovating Now) Lab at Babson College in Wellesley, Mass.

Kan earned an undergraduate degree from the College of Management in Israel and an executive MBA from the University of Bradford in the UK. She also studied in the French Culture program of the Sorbonne in Paris. She is an adviser and mentor to startups in the ed-tech and social enterprise space. 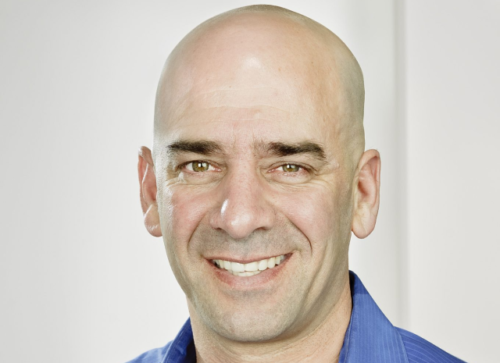 For two decades, Izhar Armony has been general partner at Charles River Ventures (CRV), an American venture capital firm founded in 1970 in the Boston suburb of Cambridge. Its current focus is early-stage startups in information technology and other disruptive industries.

As general partner, Armony is a board member of many companies, including Israeli drone developer Airobotics and Cybereason (see above).

An avid off-road rally enthusiast, Armony served as an IDF officer for four years, studied cognitive psychology at Tel Aviv University, and served as vice president of marketing for Onyx Interactive, a computer-based training company in Israel. Armony earned master’s degrees in international studies and business from the University of Pennsylvania before joining CRV in 1997.

Infinidat computer data-storage company was founded in 2011 by inventor, entrepreneur, investor and philanthropist Moshe Yanai. He was trained in electrical engineering at the Technion-Israel Institute of Technology, graduating in 1975 and receiving an honorary doctorate in 2012.

Yanai began his career in data storage with Israel’s Elbit Systems and then moved over to Nixdorf in the United States. He joined EMC in 1987, recruiting many former Israeli colleagues to join the company as it grew into a major multinational thanks in part to his invention of Symmetrix storage technology.

Two of Yanai’s companies — Israeli storage startup XIV and Diligent Technologies – were acquired by IBM in 2008 and Yanai remained at IBM until 2010. He holds about 40 US patents in electronic data storage.

Infinidat, a “unicorn” that raised a further $95 million in October 2017, is headquartered in Waltham and has offices in Herzliya Pituah, Sydney, San Jose, London, Stockholm, Amsterdam, Milan and Tokyo. 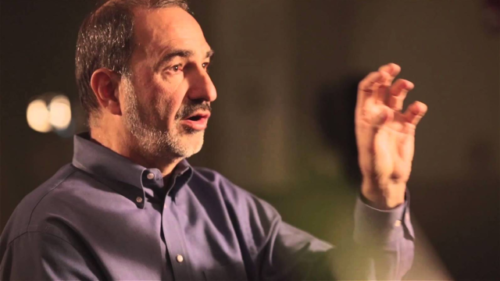 The go-to website for B2B information on businesspeople and companies is ZoomInfo, the Waltham-based firm founded in 2000 by Yonatan Stern and sold in August 2017 to Boston-based private equity firm Great Hill Partners for $240 million. ZoomInfo appears on the 2017 Inc. 5000 list of the fastest-growing American private companies.

A Technion graduate in computer science, Stern founded Corex Technologies in 1993 in Cambridge, Mass., to collect and organize business-card information. Corex spun out ZoomInfo in 2000, changed its name to CardScan in 2005 and was acquired in 2006 by Newell Rubbermaid. Another CardScan spinoff, Bizo, was acquired by LinkedIn in 2014.

“We mastered the art of how you grow companies with very little money,” Stern told the Boston Business Journal. “We focused all the time on delivering value to customers.”

Stern served for five years in the IDF, reaching the rank of major and receiving a presidential award for his technical achievements and contribution to Israel’s security. He was a three-time finalist for Ernst and Young’s Young Entrepreneur of the Year award.

Stern moved back to Israel in 2004 but has continued to travel back and forth to lead ZoomInfo. He tells ISRAEL21c he’ll stay on as CEO at least another year. 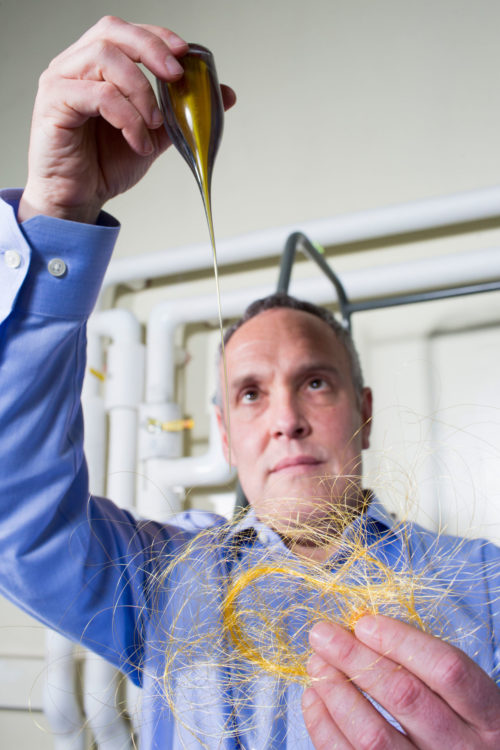 Fink has undergraduate degrees in chemical engineering and physics from the Technion (1994 and 1995) and a PhD from MIT in materials science. Since 2000, he has been a professor of materials science at MIT and also a joint professor of electrical engineering and computer science. His research group, fibers@mit, is extending the frontiers of fibers to encompass electronic, optoelectronic and acoustic properties.

Previously, Fink cofounded medical device company OmniGuide, also in Massachusetts. He received the Weizmann Institute Amos De-Shalit Foundation Scholarship in 1992, the Technology Review Award for the 100 Top Young Innovators in 1999 and the National Academy of Sciences Initiatives in Research Award in 2004. 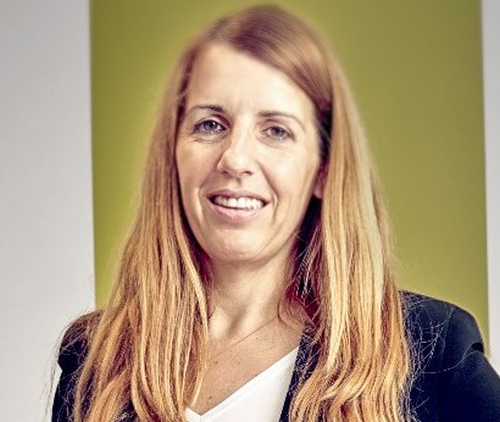 Sharon Shacham cofounded Karyopharm Therapeutics with Michael Kauffman in 2008 after nearly nine years as senior VP of drug development at Epix Pharmaceuticals and two years before that at Predix Pharmaceuticals in Israel (which merged into Epix) as director of algorithm and software development. She has an MBA and a doctorate in biochemistry computational biophysics from Tel Aviv University.

Karyopharm is focused on discovery and development of novel drugs for the treatment of cancer and other major diseases. It’s headquartered in Newton, Mass., with an office in Germany. 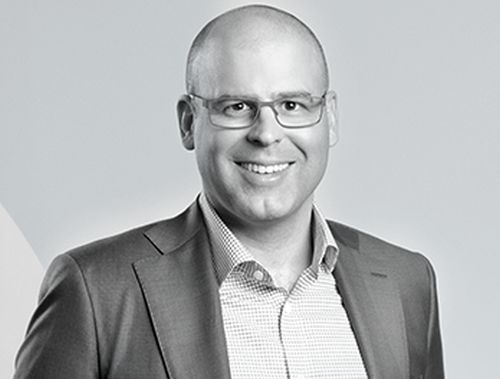 Dani Golan was a fighter pilot and officer in the Israel Air Force from 1990 to 1996. He studied electrical engineering at the Technion and then went to Illinois to earn an MBA from Northwestern University’s Kellogg School of Management in 2003. While there, he worked for Intel.

Moshe Yanai (see No. 5) recruited Golan to work in new ventures, strategy and business development at EMC. Five years later, in 2008, Golan cofounded all-flash storage company Kaminario with Moshe Selfin and Ofir Dubovi in Yokneam, northern Israel. That location is now the R&D center. The company is headquartered in Needham, Mass., and has offices in San Francisco, the UK, Korea and France.

In 2016, Golan led a press trip to see the startup culture in Israel. 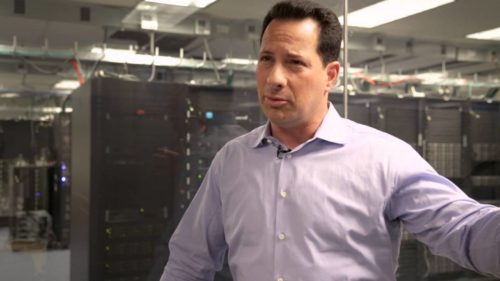 Doron Kempel got his foot in the American business door at EMC, heading its media solutions group from 1998 to 2001. He has a degree in law and philosophy from Tel Aviv University and an MBA from Harvard.

His instincts were honed as commander of a special-forces unit in the IDF, from which he emerged as a decorated major.

After EMC, Kempel cofounded Diligent Technologies with Moshe Yanai (see No. 5) and remained for a year following its buyout by IBM in 2008. His next step was founding SimpliVity, an IT service management company in Westborough, Mass., acquired by Hewlett Packard Enterprise for $650 million in January 2017.

Kempel was named Worcester Business Journal’s 2015 Business Leader of the Year in the large business category.