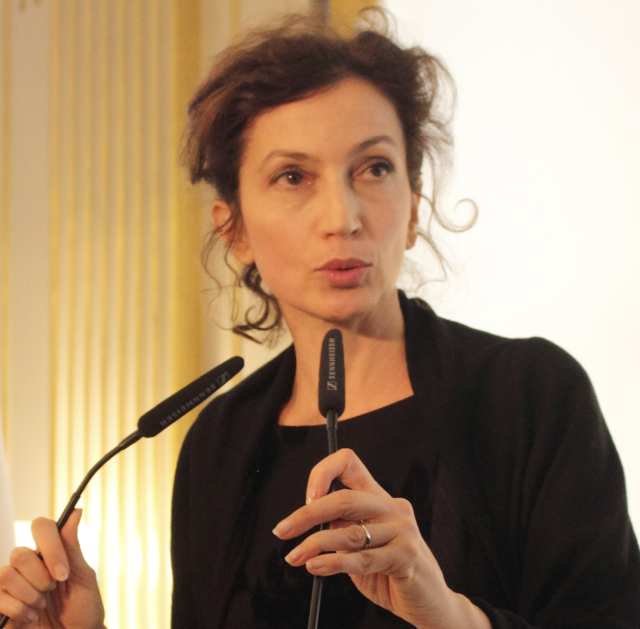 One day after U.S. said it was leaving the United Nations’ cultural agency (UNESCO) due to its anti-Israel bias. While Prime Minister Benjamin Netanyahu immediately following a similar announcement and instructed Israel’s Foreign Ministry to lay the groundwork for Israel’s withdrawal from UNESCO, the organization has selected on Friday the former French culture minister, Audrey Azoulay as its new Director General.

Azoulay was among nine candidates seeking to succeed Irina Bokova from Bulgaria. Azoulay had started the week’s voting with much less support but built up backing as other candidates dropped out and won a runoff earlier Friday against Egypt’s candidate.

The executive board voted 30 to 28 in favor of the 45-year-old Jewish figure, against Qatar’s Hamad bin Abdulaziz al-Kawari, who had been accused of anti-Semitism during the voting process.

The vote was a huge blow to Arab states, who had long wanted to lead the organization. Azoulay does have a connection to the Arab world. Her father is Moroccan, André Azoulay, and was an influential adviser to Moroccan kings, as he is, among all, a current adviser to King Mohammed VI of Morocco.

André Azoulay had a long career within the Paribas Bank in Paris. He is a founding member of the C-100 Davos Forum for the Dialogue of Civilisations and religions.

The results will now be put for approval to the 195 members of the organization on Nov. 10.

Azoulay took the stage to chants of “Audrey! Audrey!” following her victory and in a short address she said “In this moment of crisis, I believe we must invest in UNESCO more than ever, look to support and reinforce it and to reform it. And not leave it,” she said.

She also thanked “the Executive Board member states that gave me their trust”.

Audrey Azoulay has stated that she “grew up in a very left-wing environment on the Israeli–Palestinian conflict”.