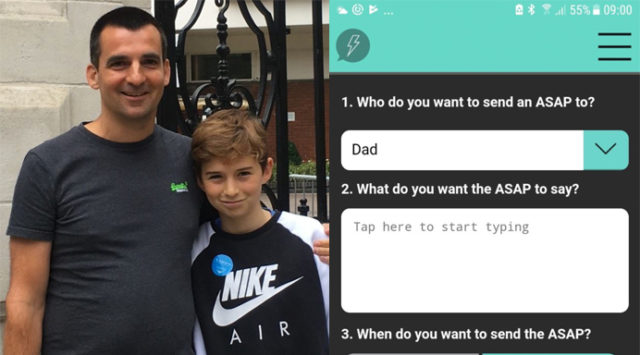 British dad, Nick Herbert, was frustrated by the fact that his teenage son, Ben, who started secondary school, ignoring or failing to see his messages. When Ben was busy playing video games with friends, there was no way to get his attention to important messages or calls.

Ben’s father request ‘check your phone throughout the day’ did not help much because he puts his phone on silent while using it to play games and watch videos on it.

“As such when I try and contact him he rarely answers, either because he doesn’t hear the phone, or because (and I’ve finally had to admit this to myself) he may be embarrassed to speak to his Dad in front of his friends,” Nick Herbert writes. The website he created solves the problem many parents encounter as their child becomes a teenager — getting respond to messages or calls.

Although, there are apps that let you know when a message is delivered and seen. Sometimes you want to know that your message was seen and can’t be ignored. The receiver will be aware that this time, the message or call really important and must be overlooked. 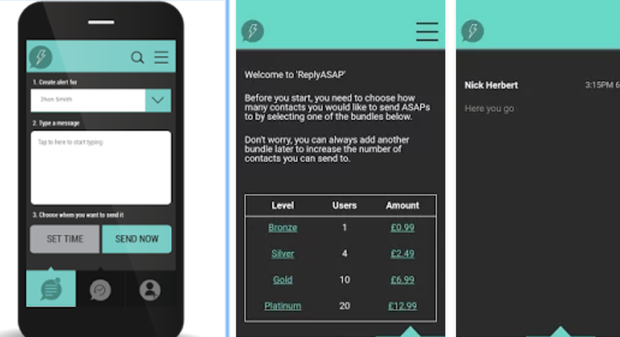 So, he comes up with a solution to this problem which is called ReplyASAP, an app that allows you to send urgent texts that cannot be ignored.

When a person sends a text using the app, the recipient will get an alert which will appear over whatever is currently on the screen, and an alarm will ring even in silent mode until the message is read.

During the development, Nick shared the process with Ben. He showed him the designs and idea behind the app. Ben understood that if he gets one of these messages, then he will always hear it and will know it’s important, Nick explains on his website. He added Ben “will also have the ability to send me these messages – so there is a mutual understanding that using ReplyASAP is only for important things and not because he needs new batteries for his xbox controller.”