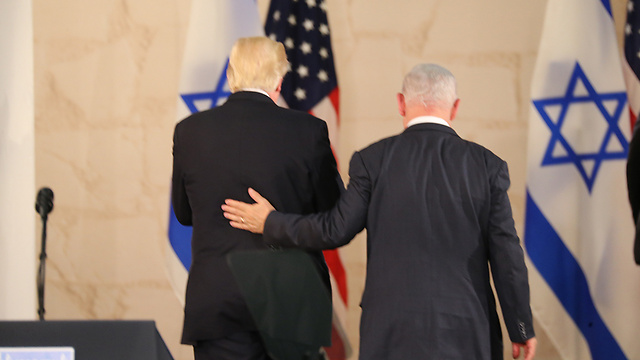 WASHINGTON—Donald Trump is the president of the United States, but he seems to be the only one who hasn’t internalized that fact. Since entering the Oval Office, he has been continuing his election campaign, and almost every speech he makes he includes a few bad words about crooked Hillary, as if he still has to defeat her.

Each of his appearances is accompanied by whining: He whines incessantly about the media, which are failing to see his unique personality and wonderful qualities and to applaud them. The fact that he includes thuggery and swear words in his show of self-victimization doesn’t matter. Trump has created a new model of a politician: An aggressive wounded person, crying and striking.

Prime Minister Benjamin Netanyahu is smarter and shrewder than Trump. He isn’t acting brutally and ignorantly like the American president, but the two leaders have a lot in common these days: They are both up to their necks in criminal investigations, they are both holding on with all their might to their seat, which provides them with both power and respect, as well as a meaning in life, and neither of them will resign—even with their backs against the wall.

While in Jerusalem the suspicions of alleged illegal conduct by the prime minister are growing, in Washington the suspicion against the president is being established: Special counsel Robert Mueller has empaneled a grand jury to look into the money trail between Moscow and Trump Tower in New York.

Like Netanyahu, Trump believes that the multiple investigations against him and against his people and relatives, into the alleged plot of the Russian involvement in the presidential election, are the fruit of conspiracy theories created by the left-wing media, which have joined forces with the opposition in an attempt to impeach an incumbent president. 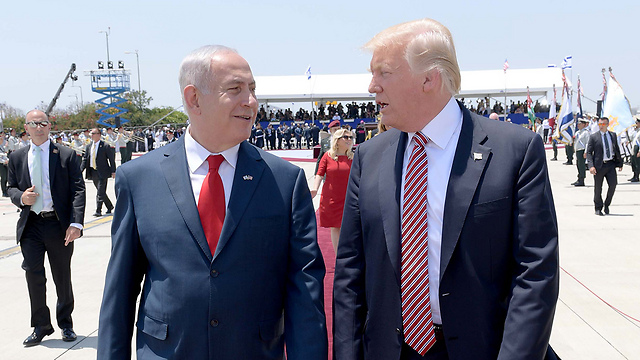 Trump is certain that if he could only get rid of Mueller, the former FBI director, all his legal-criminal troubles would end. While he vacations in his golf estate in New Jersey, he is keeping his advisors busy with just one question: How to get rid of Mueller without suffering public-political damage, and what is the extent of his pardon power towards his family members and himself in case they are prosecuted.

The noose is tightening around both leaders: It’s not just the suspicions, but also the critical mass. Plenty of investigations are hanging over them, affecting their ability to govern. Even a magician can’t run a state when he is preoccupied with suspicions against him, when something new pops up every day. Trump is supposed to be managing a crisis vis-à-vis North Korea and winning the cold war with Russian President Vladimir Putin, while his son and son-in-law are neck-deep in investigations that could lead to him too.

Netanyahu is a tragic hero. His end won’t be determined by the gods, but by his hubris. He had an historic chance to turn Israel into the pearl of the Middle East, into the jewel of the crown; he had the political power to mend the rifts, to undertake a peace agreement, not only the one offered by Trump but also by his predecessors; he had a chance to make history not just as the longest serving prime minister, but also as a pioneering leader. But he seems to have fallen victim to his personality, his greed, his weakness and his fears. Like Trump, he has been walking around drunk with power, with the pleasant feeling that there is no one else like him and that he deserves everything. Like Trump, he may singlehandedly defeat himself.

Trump burst into the big leagues with a lot of hot air, bringing along the culture of real estate tycoons: He kicked in every direction, refusing to acknowledge the limitations of power. He was so full of himself, that he thought he could keep crushing everything, that the law was meant for others, just like he did as a businessman. But at the time he was hit with civil lawsuits and bankruptcies, and now he is suspected of serious offenses threatening democracy.

Washington and Jerusalem, two leaders, and perhaps one fate. Neither of them is capable of taking the final bow and getting off the stage, realizing that the party is over. They will keep whining until the blow arrives, instead of doing what each of them is required to do: Just go.