A New Israeli Unicorn Dream: Huge recruitment to the Israeli startup StoreDot. Calcalist has learned that the company is raising $ 50-60 million from a strategic investor, apparently based on a valuation of $500 million.

StoreDot has developed a new technology for ultra-fast charging of batteries based on the synthesis of polymers and organic compounds. The company’s FlashBattery technology can be used to quickly charge batteries and build screens from non-toxic materials.

Last May, the company presented its technology for rapid charging of electric cars at the Cube TechFair conference in Berlin. The new technology should significantly reduce the charging time of the electric vehicle, and compare it to that of regular refueling. According to StoreDot, a 5-minute charge will be enough for a range of 480 kilometers, and Tesla’s high-speed charging technology boosts when charging for about two hours to the full capacity of the battery. 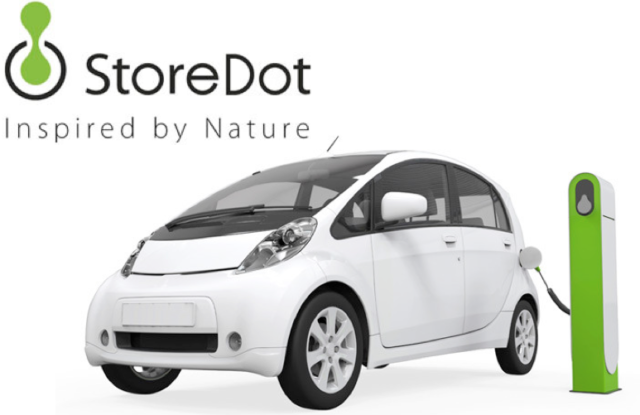 Founded in 2012 by Dr. Doron Meirsdorf and Prof. Simon Litzin, both from SanDisk and Prof. Gil Rosenman, the company focuses on three areas: fast charging for mobile devices, a new generation of batteries for electric vehicles that will ensure 5-minute charging and improvement LCD and OLED display for TVs and mobiles.

According to StoreDot’s data, the batteries it developed for Mobil could fully charge the device in about 5 minutes and are expected to go into production at the beginning of next year. Quite a few companies are working on the development of a fast-charging battery, but since Samsung’s flare-ups, the market has been cautious. Existing solutions, like those of Qualcomm and Samsung, offer an hour’s charging time, but consumers today are more aware of the potential dangers of battery failures.

About a year ago, the Tel Aviv District Court rejected a claim by Ramot, the technology transfer company of Tel Aviv University, against Storedot. In the lawsuit, Ramot, which was also the first investor in the company, claimed that Stordot violated a licensing agreement with the university, and that the intellectual property of Stordot is related to the development of the university.

The court appointed two experts to examine the university’s claim and the technology of Stordot, and they ruled that there was no basis for the claim of Ramot. Following the ruling of the experts and the court’s recommendation, Ramot withdrew its claim. The court imposed on the levels the payment of court expenses to experts.

The company refused to comment to Calcalist on the report.

This article was first published at Calcalist (Hebrew)