The Board of Governors of the Jewish Agency has canceled a dinner with Prime Minister Benjamin Netanyahu, which was scheduled to take place Monday evening, in light of the government’s decision on Sunday to freeze progress on plans to construct an egalitarian section at the Western Wall.

The Board of Governors said in a statement that it would be changing its entire agenda for the remaining two days of its meetings in Jerusalem in order to address the ramifications of the government decision.

While the members of the Board of Governors were at odds with one another over whether the dinner should be canceled or not, on Sunday evening they decided to stick to the original plans. However, the plan was changed overnight when they announced that they would be canceling it on Monday morning. Jewish leaders, mostly from the United States, were furious over the government’s move, slamming it as a “slap in the face” and a violation of a commitment they had received from the prime minister.

Rabbi Rick Jacobs, president of the Union for Reform Judaism and a member of the Jewish Agency’s Board of Governors, said the meetings could not go on “as if nothing happened.” He said that canceling the plan to construct an egalitarian section at the Western Wall and cabinet ministers’ approval of the Conversion Bill were the culmination of a serious crisis between the Israeli government and the Diaspora Jewry. He added that Jewish leaders felt they had nothing to talk about with the prime minister. 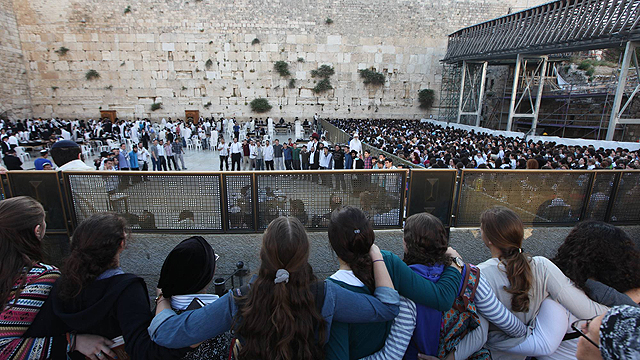 The decision to create an egalitarian prayer space at the Western Wall was approved by the government in early 2016, but was never implemented due to pressure exerted by the ultra-Orthodox parties. As part of the historic compromise which was reached at the time between the liberal and orthodox religious movements, it was decided to build a pluralistic plaza at the holy site which would guarantee full freedom of religion for all people and allow for egalitarian prayer with the active participation of both men and women.

Until now, the prime minister has been reluctant to cancel the plan in order to avoid creating fissures with the Diaspora Jewry, much of which is liberal and in favor of freedom of religion. The plan’s supporters have warned in the past that canceling it would lead to an unprecedented crisis with the world’s Jewish organizations, mainly in North America, which might abandon the State of Israel in the diplomatic arena. In light of the complicated predicament in which Netanyahu found himself, the government decision remained valid but was not been implemented for a year and a half.

Since its liberation in 1967, the Western Wall has been run by the rabbi of the Western Wall and holy sites in accordance with the law. Due to its religious nature and the rabbis’ control over it, the site adopted orthodox practices over the years, just like a synagogue. Protocol at the wall sees a complete separation between men and women in the prayer plaza, and women are forbidden to perform mitzvot (commandments) that are considered to be reserved exclusively for men, such as wearing tefillin, wearing prayer shawls and leading prayer services.

On Sunday, Netanyahu accepted the Haredi position to maintain the existing status quo at the plaza. From the outset, the leaders of the Haredi parties had demanded that the plan be nullified but as of Sunday, they agreed to freeze the plans in order to prevent a situation in which there is no governmental decision on the issue, which would clear the way for a High Court of Justice ruling on the issue. Defense Minister Avigdor Lieberman and Energy Minister Yuval Steinitz were the only ones who voted against freezing the plan.

Leaders of the ultra-Orthodox parties welcomed the decision, saying it reflected the will of the majority of the Jewish people to preserve the sanctity and status of the Western Wall. “The government’s decision to freeze the Western Wall plan sends a clear message to the entire world that Reform Jews have no access to and recognition at the Western Wall,” said Health Minister Yakov Litzman.

Rabbi Gilad Kariv, director of the Israel Movement for Reform and Progressive Judaism, strongly protested the decision, calling it a “shameful and miserable move of giving in to the Haredi parties’ pressures and a severe blow to the fundamental interests of the State of Israel and the Jewish people. The prime minister and his partners lent a hand to an anti-Zionist move which harms Israel’s ties with the Diaspora and weakens millions of Jews’ connection to Jerusalem.”

Women of the Wall leader Anat Hoffman said, “The fact that the prime minister, who initiated and led the Western Wall plan himself, is caving and reneging on this historical decision is a badge of shame on the government, and especially on its female ministers who disgracefully used their votes against women. This is a very bad day for women in Israel when a prime minister waives their rights while groveling to a tiny handful of aggressive men who force their religious practice, and intentionally harming and ignoring more than 51 percent of the population.

“The Women of the Wall will keep praying as they do in the women’s section with a Torah scroll, prayer shawls, and tefillin until equality for women reaches the Western Wall too. Just like you won’t ask a religious man to remove his skullcap, don’t ask us to avoid praying as our conscience tells us to.”

In this article:Finance, Western Wall