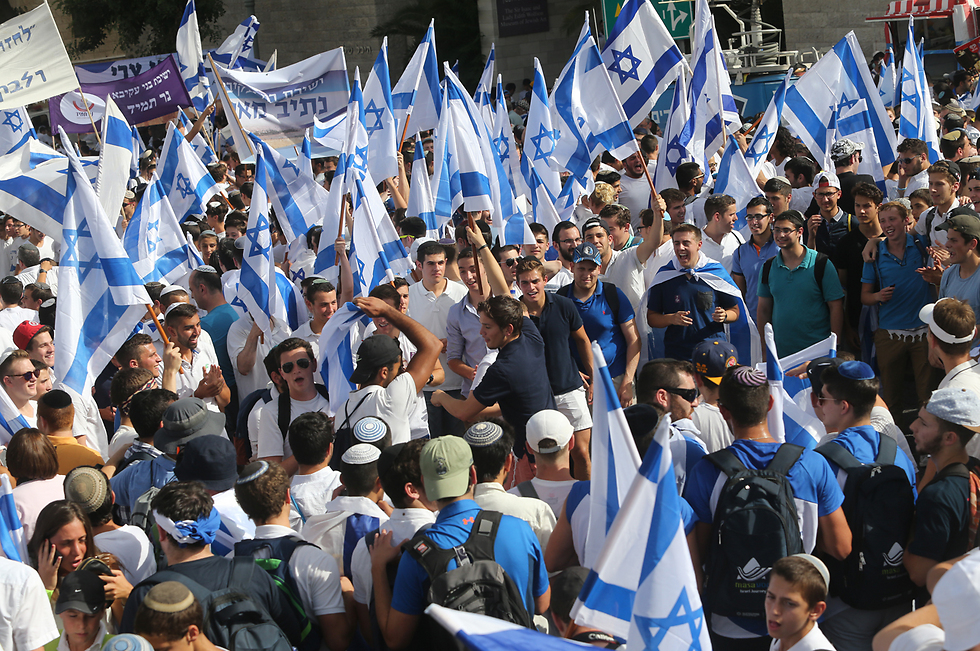 Jerusalem Day celebrations began on Tuesday in the capital with various events and concerts well into the night and continue in full force on Wednesday as the city marks 50 years to its unification.

The President’s Residence hosted a musical event on Tuesday evening titled “Singing for you Jerusalem,” which featured a variety of artists and songs about the city. At Safra Square, the Jerusalem Symphonic Orchestra performed with Israeli singers Miri Mesika, David D’Or and Kobi Aflalo.

Wednesday’s events include several memorial ceremonies. A state memorial service to some 4,000 Ethiopian immigrants who died on their way to Israel was held at the Mount Herzl cemetery.

A state memorial for Six-Day War fallen soldiers will be held on Mount Herzl at 2 pm, and later memorial services will be held by monuments for the Paratroopers Brigade.

At the Tower of David, Jerusalem Mayor Nir Barkat and his wife are hosting a festive reception starting at midday and ending at 6 pm. The event features characters from Jerusalem’s past and present coming to life at the museum and live music from the Jerusalem Andalusian Orchestra and singers Emil Zrihan, Orit Atar and Idan Amedi.

Tens of thousands of people are expected to participate in several planned marches. Members of the organization March of Life, grandchildren of German soldiers and officers who are working to commemorate the Holocaust and combat anti-Semitism, are holding a march on the Burma Road and will be joined by children and grandchildren of Holocaust survivors. The march left from Mizpe Harel and will end at the Latrun Armored Corps memorial.

At 4 pm, the annual Flag Dance Parade will begin in the city center and end at around 10 pm with a festive ceremony at the Western Wall. Tens of thousands of people flock to Jerusalem from all over the country and the world to take part in the parade every year. It includes dance, song, and the waving of flags.

At the same time, the organization Tag Meir will hold a march of flowers, during which its activists will hand out flowers and leaflets with messages of tolerance.

The Yerushalmit Movement will hold a march for families at the Train Track Park starting at 5 pm. The band Marsh Dondurma will accompany the marchers from the Oranim Junction to the Old Train Station complex.

Throughout the day, some 80 “Alternative Jerusalem Day” events promoting tolerate will be held in response to the politicization of Jerusalem Day. Among them is an event in which participants will build Jerusalem from Lego, another in which a mural will be painted at the Mekor Baruch neighborhood, and a Jewish-Arab concert.

In this article:Finance, Six Day War