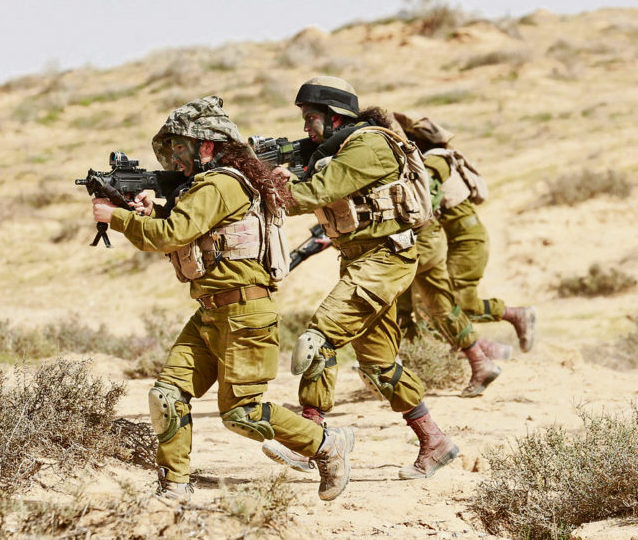 The dramatic increase in the number of religious women enlisting in the IDF led to a precedent among the army’s combat units: for the first time, a unit exclusively made up of religious girls was opened.

Last March, a group of eight religious young women who took part in the pre-enlistment phase of the Lavi Battalion, which was then still forming, asked to be drafted into a separate department exclusively for women. After several discussions, the IDF decided to accept their request. As soon as the permit was received, several other women who sought to serve sans men joined and were accepted. “The truth is that we did not plan to open such a division,” said a senior officer in the Combat Intelligence Collection Corps. “There was a demand from a few religious young women who wanted to serve without men in one of the battalion’s units.”

He explained the increase in young men’s desire to serve in combat units that are nevertheless less physically demanding than infantry units in the Golani and Paratroopers Brigades.

“Until last summer, young men only wanted to be accepted to Karakal, but now there is a demand to reach the rest of the battalions, as well,” he stated.

Despite various claims, religious men also try out for the mixed-gender battalions, and the Lavi Battalion Commander Lt. Col. Nir being a graduate of the Eli Paramilitary program.

The senior officer speaking to Yedioth Ahronoth believes that there is still a ways to go to give all combat soldiers respectful army service conditions.

During a patrol conducted by Brig. Gen. Kahane, he discovered that one of the battalions had set up joint sleeping quarters for men and women, contrary to the IDF orders. He immediately ordered a complete separation between women and men. Besides, the IDF decided to invest several tens of millions of shekels in creating separate infrastructures that comply with the same Joint Service Ordinance.