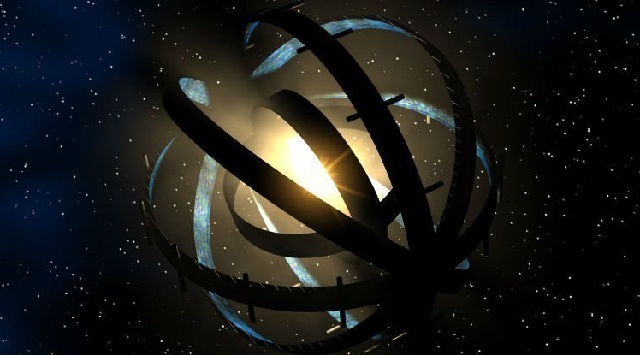 Telescope observations detect on Friday strange fluctuations in brightness coming from known as KIC 8462852 or Tabby’s star, the most mysterious star in our galaxy. Since it discovered in 2011, NASA’s Kepler Space Telescope spent four years observing the star.

Tabby’s star called for astronomer Tabetha Boyajian, who led the team that first detected the star’s fluctuations.It is located on the outer edges of the Milky way in the constellation of Cygnus, about 1,480 light-years away from Earth.

The unexplained behavior of dipping in brightness, and flickering, means something is passing in front of it. Tabby’s Star observed to dim ten times. Astronomers see it dimming for the first time. And it presents an extraordinary opportunity to watch whatever it is that’s blocking the star’s light. Scientists are eager to capture a detailed picture of the light to reveal something such chemical elements of gas. It can tell scientists some of its secrets if an object is moving toward or away from the observer, for example. 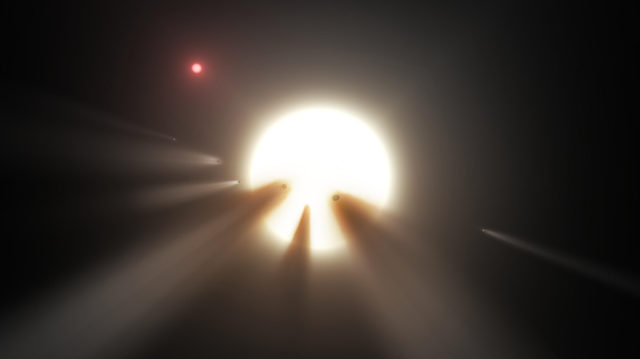 The case with Tabby’s star is that its brightness sometimes dimmed by 1%, a typical of a giant exoplanet transit. But it is sometimes drastically low by 10% to 20%. To get an idea of how significant that is considering that Jupiter blocking the sun could cause it to dip by only 2%.  Each time dimming was lasting days to weeks. The dips were irregular both regarding how long they were and when they occurred.

A massive structure enough to cause a dimming behavior of such scale is the reason why it’s not so surprising to see claims that it resulted from an alien megastructure.

Tubby’s star phenomena have puzzled astronomers. In 2016 astronomer Ben Montet of the Carnegi Institute told Gizmodo he was confused by the event and would not rule out an alien megastructure. “We spent a long time trying to convince ourselves this wasn’t real,” Montet said, “We just weren’t able to.”

“Aliens should always be the very last hypothesis you consider, but this looked like something you would expect an alien civilization to build,” Jason Wright, an astronomer at Penn State University, told The Atlantic at the time of the discovery.

This is not a drill.

Astro tweeps on telescopes in the next 48 hours: spectra please!

“At about 4 a.m. this morning I got a phone call … that Fairborn [Observatory] in Arizona had confirmed that the star was 3 percent dimmer than it normally is,” Jason Wright, an associate professor of astronomy at Pennsylvania State University said. Wright who is managing a study of Tubby’s star, spoke on during a live webcast today.

“That is enough that we are confident that this is no statistical fluke,” he said. “We’ve now got it confirmed at multiple observatories, I think.”

One of the popular is that a rotating alien megastructure, known as a Dyson Sphere, is blocking Tabby’s star starlight. And this Dyson Sphere exists.

Dyson speculated that Sphere structures “would be the logical consequence of the escalating energy needs of a technological civilization and would be a necessity for its long-term survival. He proposed that searching for such structures could lead to the detection of advanced, intelligent extraterrestrial life.”

Dyson speculated that Sphere structures would need for escalating energy for Alien civilization and would be a necessity for its long-term survival. Dyson proposed that searching for such structures could lead to the detection of advanced, intelligent extraterrestrial life.

Earlier this month British Daily Star report a sensationally backed by the theory by Zaza Osmanov, Professor at the Free University of Tbilisi, Georgia.

He claims the megastructure can easily be seen with nowadays telescope technology. “The search for the ring-like megastructures around is slowly spinning pulsars observed in the infrared spectrum might be quite promising,” He said. “Rapidly rotating pulsars are very powerful and harvesting their energy would be quite profitable,” he added.