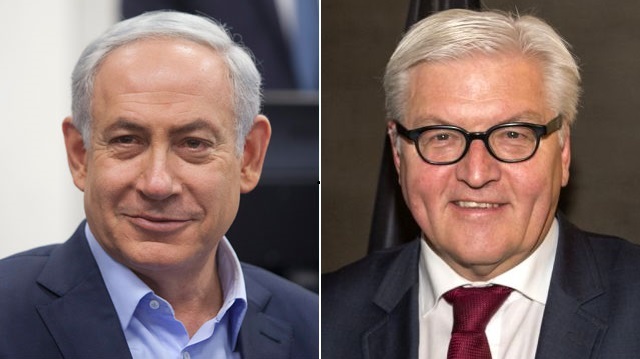 German President Frank-Walter Steinmeier has signaled that he is “making no promises” that he won’t meet with left-wing Israeli organizations ahead of planned talks with Prime Minister Benjamin Netanyahu.

Israel sought assurances from Berlin after a recent diplomatic clash between the two nations in which a meeting between Prime Minister Netanyahu and German Foreign Minister Sigmar Gabriel was cancelled after the latter met with representatives of B’Tselem and Breaking the Silence.

Frank-Walter Steinmeier, who served in the past as Germany’s Foreign Minister, is set to arrive in Israel on Sunday for his first visit to the country as president.

What was Netanyahu’s real reason for snubbing German FM?

It was reported Thursday by Yedioth Ahronoth that government officials attempted to discern whether Frank-Walter Steinmeier intends to meet with Breaking the Silence and B’Tselem or send someone to meet them on his behalf. Officials tried to urge against it, but Steinmeier’s representatives apparently refused to make any promises one way or the other.

Due to the fact that Frank-Walter Steinmeier’s visit schedule has not yet been finalized, officials in Jerusalem have become increasingly concerned that he may fill remaining openings in his itinerary to meet with the groups at the last moment, in a repeat occurrence involving the foreign minister just over a week ago.

Despite their concerns and Steinmeier’s noncommittal stance on the matter, state officials believe that he will show the appropriate sensitivity and refrain from meeting the groups, knowing that it could serve as a prelude to yet another diplomatic conflict with Israel—something that Steinmeier, an experienced diplomat, will probably aim to avoid.

Frank-Walter Steinmeier is set to meet Netanyahu and President Reuven Rivlin during his visit, and is planning to give a speech at the Hebrew University of Jerusalem. He is also set to visit Givat Haviva and meet with Jewish and Arab children.