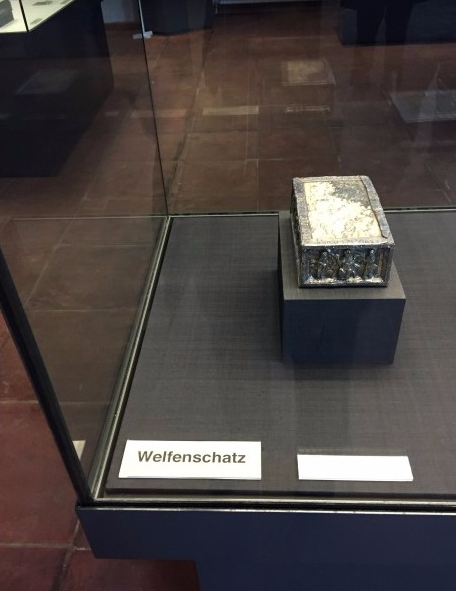 Tonight and tomorrow Jewish people will remember all those who suffered under Nazi terror. Yet Germany filed an appeal Friday 21st April challenging a US Federal court decision allowing Holocaust victims their chance to recover their family owned artifacts from the former Adolph Hitler collection.

The pieces, known as the Welfenschatz, were taken from three Jewish families during the Holocaust. Hermann Goering publicly presented the treasure to Hitler as a personal gift in 1935.

Berlin received the collection “in trust” from the “Monuments Men” after Germany surrendered.

Hitler came to power in 1933 and Jews were immediately frozen out of the economy and stripped of all rights. Many were threatened, incarcerated and forced to flee, leaving everything behind. Others were beaten and some were butchered to death.
“Jews owning the Welfenschatz, which Hermann Goering wanted, was like having a large ‘Star of David’ bullseye on their backs. They were in mortal danger, according to the experts who have studied this.” Said Markus Stoetzel & Mel Urbach, the lawyers
who represent the families.

“We presented ample proof and expert testimony, but it has fallen on deaf ears in Berlin. Why Germany would want to deny recognizing the suffering is beyond us. Instead of delaying justice, Berlin should be sitting around a table this Holocaust Memorial Day and facing the truth together with the experts and survivors. A little recognition would go a long way to resolving this. Forcing our clients to wait even longer for their day in court is not helpful. Berlin is using the justice system,
something our clients were denied in Nazi Germany.”

Hitler and Goering both escaped justice at Nuremberg in 1946, by committing suicide. Germany continues to portray Herman Goering and his Nazi thugs as “civilized businessmen”. Filing an appeal in the United States last Friday afternoon, just before
Holocaust memorial day, desecrates the memory of the millions of Europeans who suffered during the 12 years, 3 months and 8 days of the Nazi Third Reich.