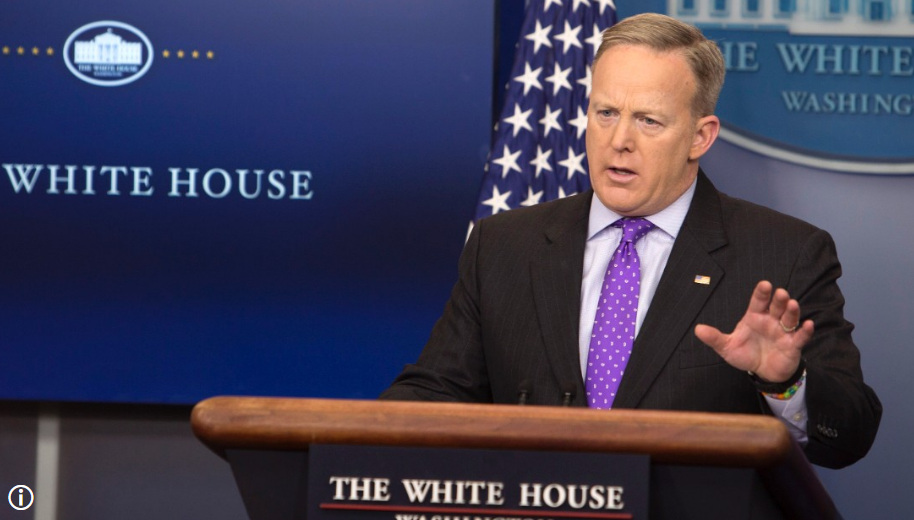 Sean Spicer is not the sharpest tool in the shed that US President Donald Trump brought along to the White House. This time, however, he demonstrated not only ignorance, but also implicit anti-Semitism. “You had someone as despicable as Hitler who didn’t even sink to using chemical weapons,” he said while trying to attack Russia and Syrian President Bashar Assad’s use of chemical weapons against his citizens.

It’s hard to believe that a person who doesn’t know what happened in Adolf Hitler’s crematoria reached the high-ranking position of White House press secretary, but in the era of Trump, who invented the charisma of ignorance, even that is forgivable.

Spicer repeated the foolish comment twice—once at his own initiative and a second time after a journalist reminded him of what he had forgotten, or what he didn’t know, or what he preferred not to know—and Spicer just went on.

Spicer had to go out of his way to justify the American strike against Assad’s forces and the firing of cruise missiles at targets around Damascus. He had to do so not just because the strike is perceived as an inefficient action which doesn’t really change the situation in Syria, but mainly in order to satisfy Trump’s right-wing supporters, who criticized the strike in Syria from the anti-Semitic direction.

The speakers of the alt-right, a racist movement afflicted with anti-Semitism, argued on social media that Trump had given in to his Jewish son-in-law and to his convert daughter and had launched a military strike in Syria to satisfy them and Israel. In his synagogue speeches, Trump can take pride in the fact that he has Jewish grandchildren, but his power base is comprised of representatives of movements that support white supremacy and whose speakers talk about Jews using terms borrowed from the Nazi propaganda.

In the past few days, social media has been flooded with the propaganda material of these movements, which have marked Trump as a president who has surrounded himself with Jewish advisors and have claimed in a series of anti-Semitic cartoons that he is trapped in the Jews’ webs and working to protect their interests.

Whether consciously or unconsciously, in the abject press briefing in which he spoke about Hitler, Spicer was trying to ward off the flood of criticism that Trump and his administration are not as racist as his supporters want them to be. If Trump turns his back on these people, they will kick him out in the next election.

It’s hard to call Trump an anti-Semite. For him, ignorance is power, and all the rest is a show-off and interests. But those who surround him know exactly how to satisfy their voters, and what Spicer said Tuesday may be infected with ignorance but it also exposes layers of anti-Semitism which the White House understands that it has to express, because that’s what the audience wants in the Trump era.

Those who thought that Trump would lash out at Muslims without his close associates trying to target Jews too are living in complete denial. What Spicer said was not a slip of the tongue—it’s the new strategy.

(Translated and edited by Sandy Livak-Furmanski)