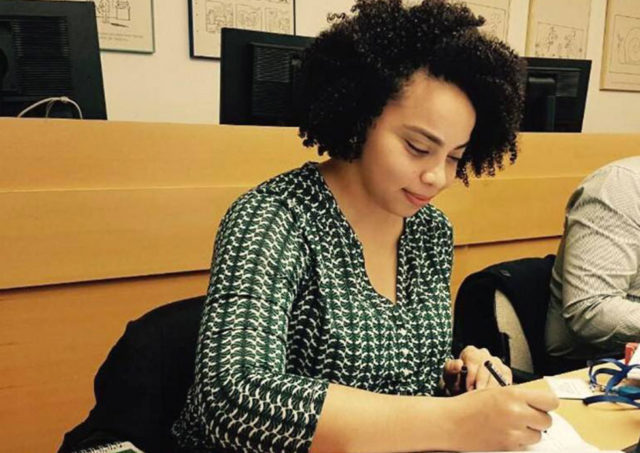 Rasha Atamny from the northern city of Baqa al-Gharbiyye is the first Muslim woman to be accepted to the Foreign Ministry’s cadet course. She had previously represented Israel in a delegation to the United Nations.

Rasha Atamny passed the cadet course’s rigorous selection process and was accepted together with 21 other cadets. In the past, Israeli Christian Arabs and Muslim men have been accepted to the course, which is considered to be akin to the IDF pilot’s training course in terms of difficulty, selectiveness and prestige. Rania Joubran, the Christian daughter of Surpreme Court Justice Salim Joubran, was accepted to the course, but quite after three and a half years. Muslim men have previously served as Israeli ambassadors, though never a Muslim woman.

Rasha Atamny  is a Psychology graduate from the Hebrew University who currently resides in Jerusalem. Toward the end of her studies, she joined the university’s Model UN club and represented Israel at the (actual) UN Human Rights Council for three months. 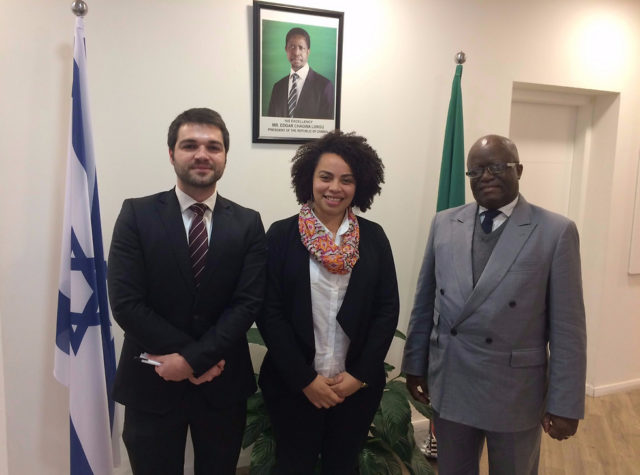 As a young cadet, Rasha Atamny wrote in her blog that “The term ‘UN’ enchanted me, and though at the time I didn’t know much about the organization, I did know that for me, a girl who grew up in Baqa al-Gharbiyye and experienced firsthand the Israeli-Palestinian and Arab-Jewish conflict, I believed, and still and forever will believe in peace among the world’s nations. I signed up for the Model UN, and over time discovered that it was one of the best decisions I’ve made in my life.

“Out of the three months I spent in the UN, one turning point will always stay with me: one day, I sat down in my usual seat in the human rights committee, and listened with great interest to a discussion taking place on women’s rights violations.

“At this point, I had gotten used to the continuous barrage of accusations leveled against Israel by many countries on the council, much like (US Ambassador to the UN—ed) Nikki Haley had recently described in the press. The discrimination against Israel in the UN is very obvious and disappointing. But this time it was different. This time I listened to speeches by Syria, Saudi Arabia, Iran, Iraq and Egypt, all decrying the ‘systematic women’s rights violations’ by Israel, while I, an Arab, Muslim Palestinian origin, represent Israel at the UN Human Rights Council.”

Rasha Atamny continued by saying, “that day at the UN made me desperately disappointed and pushed me to take matters into my own hands, to try and at least object in thought to the systemic conduct carried out in the international arena against Israel. I believe in peace in part because I believe that people are able to create positive change in the world. I want to be a part of that change, and I started doing this by choosing to join the Foreign Ministry’s cadet course.”