The world’s most elusive street artist Banksy has never revealed his real name or face. It has been postulated that the secrecy in which his name is shrouded stems from the illicit nature of graffiti.

But an Israeli woman claims to have captured what seemed to be the artist himself, as he worked at the exhibition.

So, maybe it’s Banksy in this image is from a 20-second phone clip. And maybe it’s not. 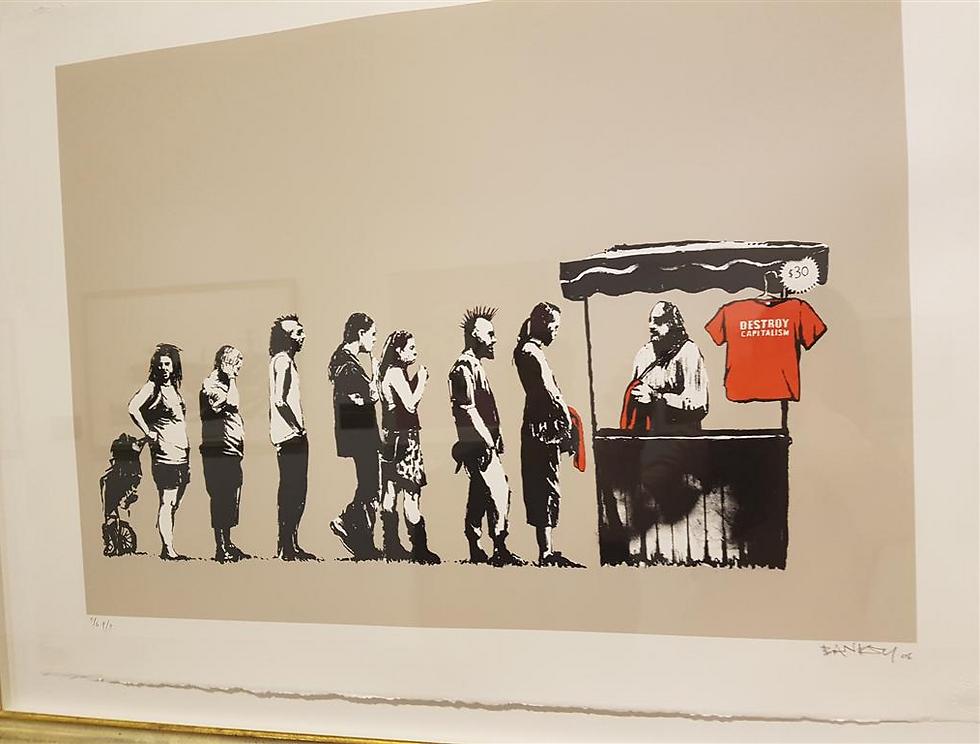 The woman who asked not to be named told the press: ‘The mall opens at 10am but if you need to be there earlier you have to sign your name. ‘What was really weird was that when I came in and I had to sign my name, I noticed an English name and said to the security guard “who is that?”

‘He said it was an artist from England.’

The footage was snapped on a mobile phone, supposedly showing Banksy at work on an installation in a mall in Israel. The man wearing a bucket hat and military camouflage style trousers.

He was filmed working on a wall, then walking in the room carrying a stencil. When he spotted the camera his first respond was trying to hide and putting up a hand to cover his face. 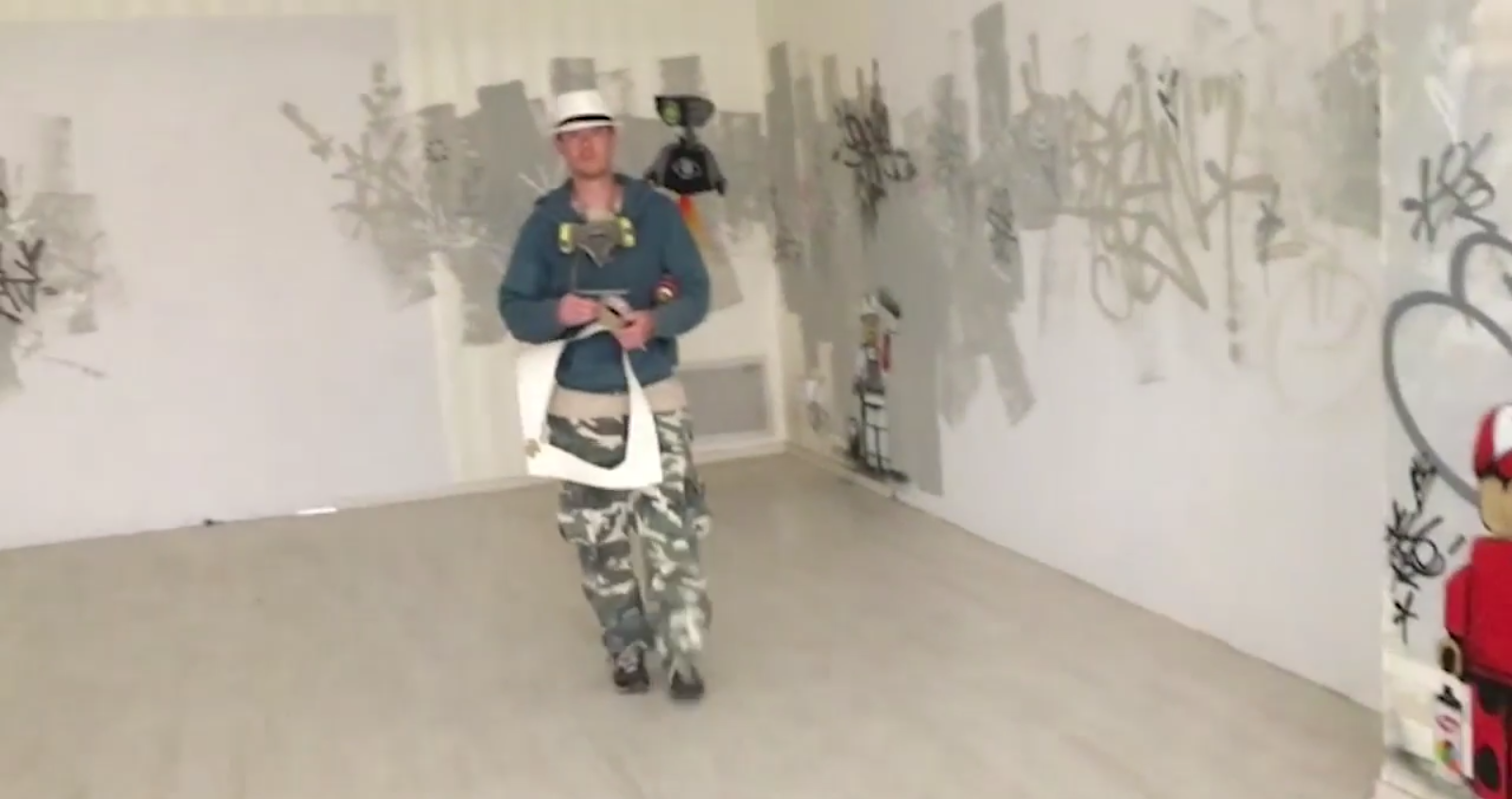 The woman said: ‘The guy in the video is maybe around 40, the door was open and the smell of spray paint was really strong. He’s not Israeli for sure. 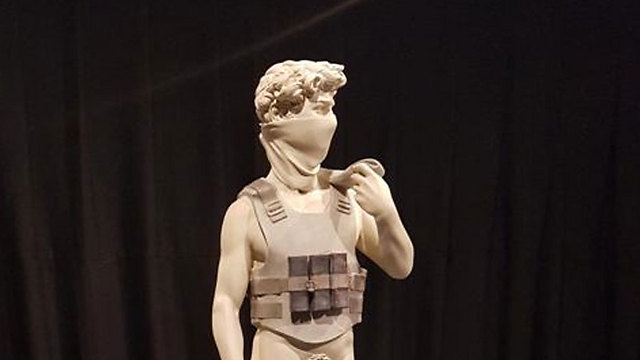 The exhibition of the world’s most famous street artist Banksy, which criticize the capitalist consumer culture, will go on display in a shopping mall in Israel. Banksy is not reported to be involved in its the display’s planning.

The exhibition, called “The Art of Banksy,” featuring around 80 paintings, prints and sculptures from about 40 international private collections produced over the last 20 years. Pieces will include a replica of David’s statue in an explosive vest, a starving African child donning a Burger King crown. 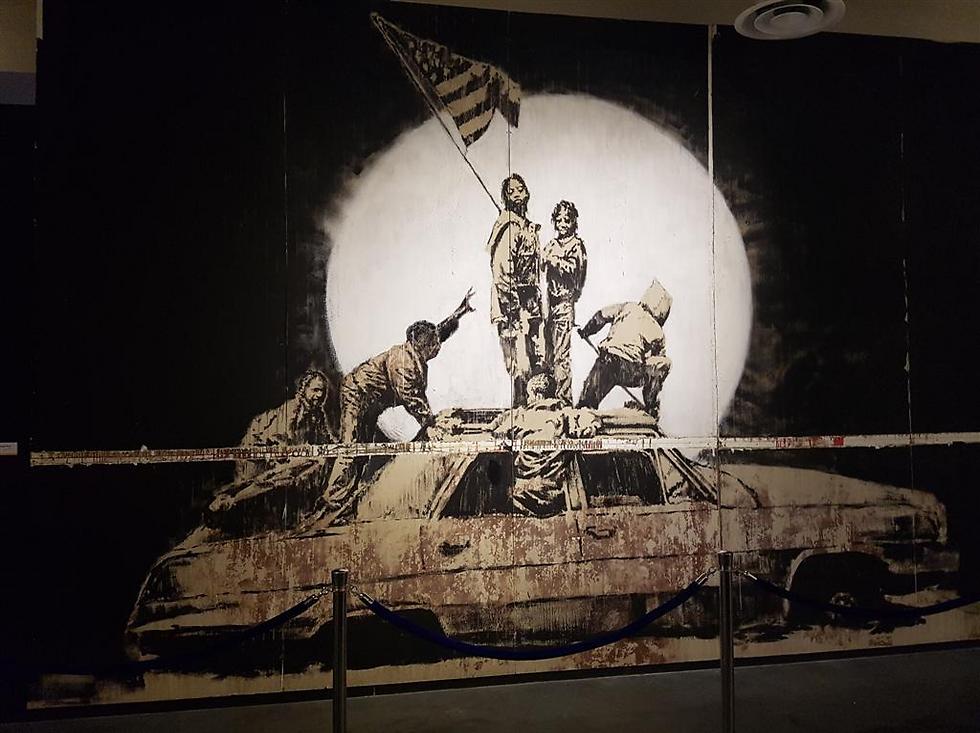 Named in 2010 as one of the 100 most influential figures in the world, Banksy was regarded as a British cultural icon in 2014, a list which included William Shakespeare, The Beatles, Charlie Chaplin, J. K. Rowling, Elton John and Adele.

The Israeli exhibition, is due to open in the Arena mall in Herzliya Marina, not far from Tel Aviv, on April 4th until April 18th. 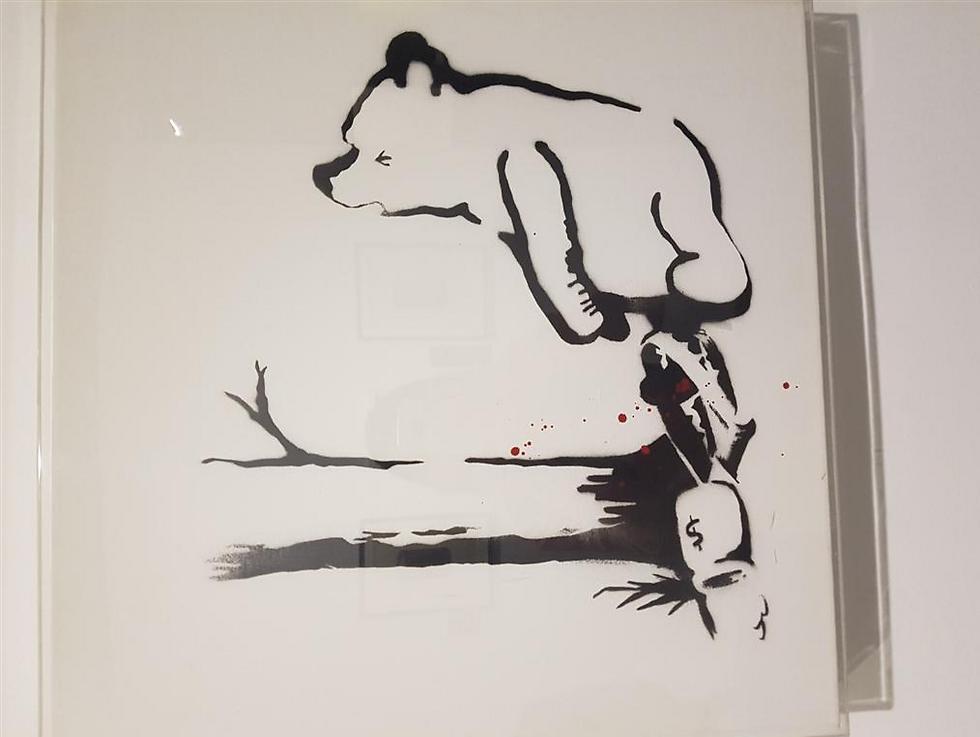 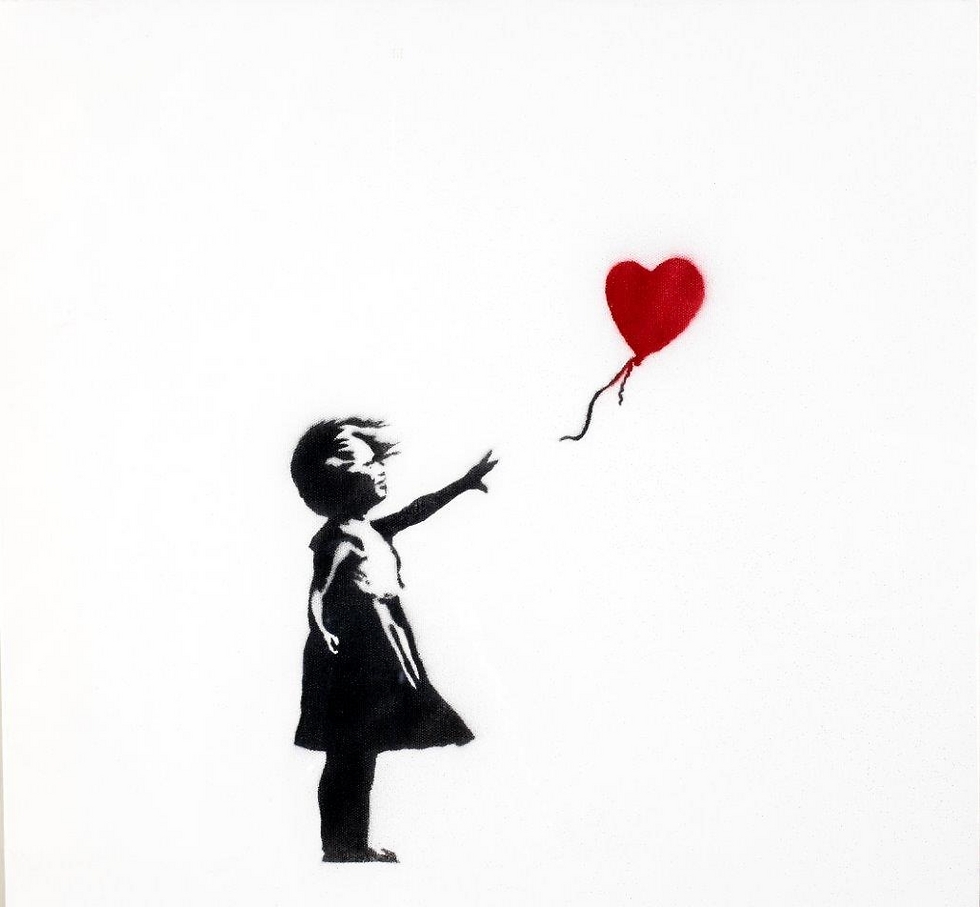