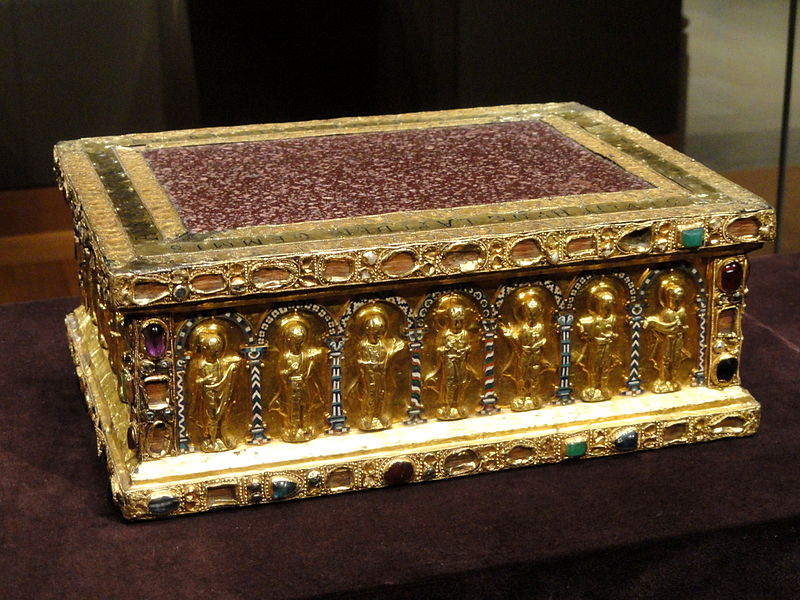 WASHINGTON (March 31, 2017)- The United States District Court for the District of Columbia has ruled that claims over the famed Guelph Treasure can proceed against Germany in a United States court. This is the first time Germany will have to defend itself in the U.S. against allegations of looted Nazi art and artifacts.

The claims arise out of the 1935 forced sale by a consortium of Jewish art dealers to Hermann Goering’s minions of the famed collection of medieval artifacts known as the Guelph Treasure. The claims were filed by clients of Sullivan & Worcester LLP against the Federal Republic of Germany and the Prussian Cultural Heritage Foundation (the Stiftung Preussischer Kulturbesitz, or SPK).

The court rejected the Defendants’ arguments that they are immune from suit and held that the Plaintiffs’ claims can be considered a taking of property in violation of international law for the purpose of evaluating the court’s jurisdiction over Germany and the SPK..  Jed Leiber, Alan Philipp, and Gerald Stiebel may now proceed to litigate their claims for  their property’s rightful return.

Leiber, Philipp, and Stiebel are also represented by S&W’s co-counsel in this matter, Markus Stötzel and Mel Urbach, experienced counselors in the return of Nazi-looted art who have been fighting this case for over eight years and who decried Germany continuing to defend the Nazis’ and Herman Goering’s theft from Jews.

This is the first time that a court has held that Germany can be sued for the return of Nazi-looted art and artifacts under the Foreign Sovereign Immunities Act.  Sullivan & Worcester LLP partner Nicholas M. O’Donnell said, “We are pleased that the Court agreed that a forced sale for an inadequate sum to agents of Hermann Goering enjoys no immunity from justice.  The facts show beyond all doubt that the 1935 ‘sale’ was nothing more than a sham transaction that was part of the regime of institutional oppression of our clients’ ancestors by Nazis at the very highest level.”

In allowing the Plaintiffs’ core claims for a finding that the collection was wrongfully taken, as well as for the return of the collection itself to proceed, the District Court made several important findings.  First, it confirmed the building consensus among U.S. courts that technicalities about whether Jews were oppressed by their own government or by international actors (a distinction that the German Defendants argued should bar the case) are no defense to restitution claims.  Second, the District Court rejected the German Defendants’ contention that the non-binding German Advisory Committee—little more than a formal mediation that issues recommendations that the parties are free to reject or accept—is not an adjudication of any property rights that bars later litigation in U.S. court.  Lastly, the District Court embraced the ability of the federal courts to hear and to resolve complicated questions of domestic and foreign law. 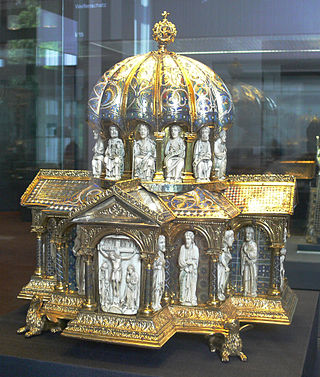 The Guelph Treasure, also known in Germany as the Welfenschatz, includes dozens of gilded and jeweled reliquary art from the 11th to 15th centuries that long belonged to Prussian aristocrats from the House of Brunswick (Braunschweig)-Lüneberg. In 1929, the Duke of Brunswick sold off the collection, with part of it going to a consortium of art dealers owned by the plaintiffs’ ancestors and predecessors: J.&S. Goldschmidt, I. Rosenbaum, and Z.M. Hackenbroch.

In the 1930’s the Jewish ethnicity of those dealers brought them to the attention of Hermann Goering, whose titles as one of Adolf Hitler’s top Nazi deputies included not only Commander of the Luftwaffe and President of the Reichstag, but also Prime Minister of Prussia.

The works were obtained by Goering’s emissaries through a pressured transaction at a fraction of their worth, paid into blocked accounts to the members of the art owners’ consortium.  Some of the owners had already begun preparations to flee Germany, others followed soon after. Fees demanded by Nazi authorities as the escapees fled were then stripped from the accounts through harsh “flight taxes,” as described in a Gestapo document.

Coerced selling of property was a common tactic of the Third Reich during the period historians are now calling Early Nazi Terror. Germany’s SPK has claimed that the transaction was done at the owners “free disposal.” But so pleased with the Guelph acquisition was Goering that, according to a 1935 report in the Baltimore Sun, he personally presented the collection as a “Surprise Gift” to Hitler.

Other documents show the then-Mayor of Frankfurt, shortly after the Nazi takeover, boasting in a letter to his “most revered” leader, “Reichskanzler (Chancellor Hitler),” about the potential to take advantage of the Welfenschatz’s owners and seeking Hitler’s personal assistance in setting the stage for the forced transaction.  Another letter, concerning how to obtain the Welfenschatz from the Jews, is addressed to Paul Körner, a Nazi leader who later participated in the infamous Wannsee Conference in which Hitler’s “Final Solution” was formalized to oversee the extermination of all remaining Jews in Europe.

The U.S. District Court’s ruling on the motion to dismiss by the Federal Republic of Germany and the Prussian Cultural Property Foundation can be found here

The “Washington Conference Principles” on Nazi-Confiscated Art can be found here: http://m.state.gov/md122038.htm