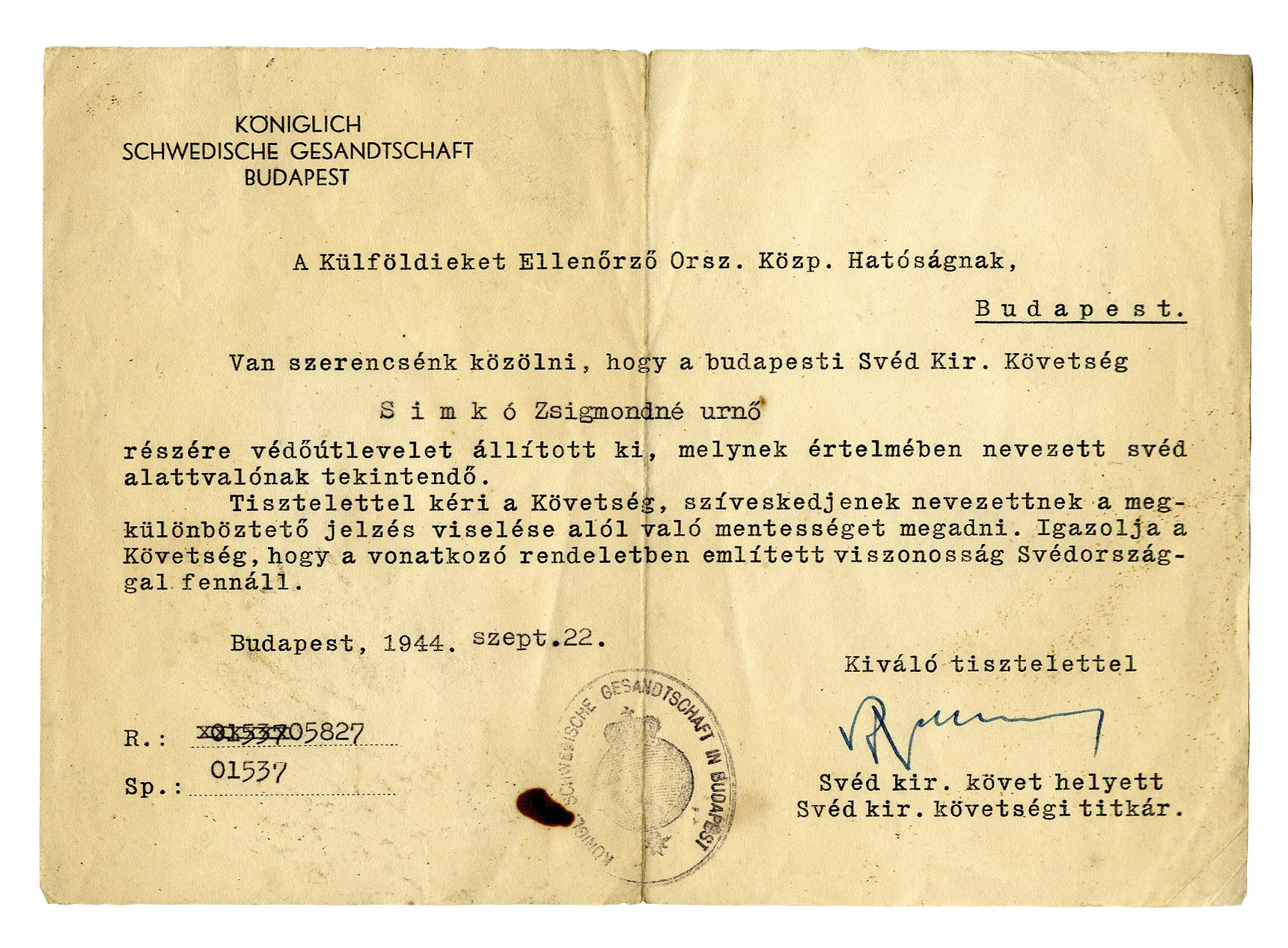 Raoul Wallenberg, a Swedish diplomat who was fluent in Hungarian, saved the lives of tens of thousands of Hungarian Jews during World War II in a relief effort conceived by a United States OSS officer. Wallenberg issued fake “protective” passports, which claimed Jewish individuals being deported to concentration camps were actually Swedish citizens awaiting repatriation. The passports were not legal documents, but appeared to be authentic and were often accepted by German and Hungarian authorities. Protective passport bearers were treated as Swedish citizens and were exempt from wearing Jewish yellow star badges.

Raoul Wallenberg was captured in early 1945 and was never seen or heard from again. Many scholars believe he was seized by the Soviets and died in a Russian labor camp.

This “protective passport” was issued on September 22, 1944 in Budapest by the Royal Swedish Embassy and was signed by Raoul Wallenberg.