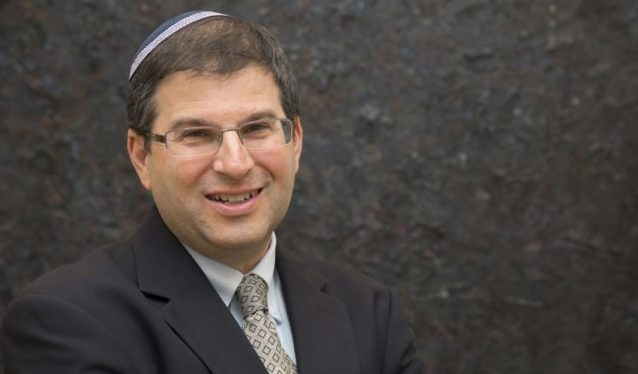 In a conference sponsored by the European Conference of Rabbis in Italy, Rabbi Hezekiah Samin, head of the Marriage Department of the Israeli Religious Services Ministry announced Tuesday that the Israeli rabbinate has already begun creating a database of all Jews around the world.

The purpose of the database, according to Samin, is to enable Jewish marriage registrars to have individual’s personal status reports available at the click of a button.  According to reports, Israel has already invested tens of millions of shekels in the initiative.

The heart of the story according to Rabbi Samin, is to prevent a situation in which a Jewish person gets married while still married, an act that is forbidden by the Jewish law. Nevertheless, the listing will also indicate as to the Jewish status of any person registered through the system. “This system will provide the information as to who married a person, who approved and was assigned on ones conversion process and what the current status of this person is, allowing us to validate the information if and when needed in the future” explains Rabbi Samin.

Rabbi Dr Seth Farber, director of ITIM who sued the rabbinate last year to receive their criteria for how they determine Jewishness for immigrants to Israel, expressed his outrage at the initiative. “This new program demonstrates the narrow mindedness of the Israeli religious establishment. Rather than looking to embrace Jews from around the world, the rabbinate is looking for further reasons to exclude them.

Unquestionably, more than 75% of United States Jewry will be excluded from their lists. Furthermore, the new database has the potential of creating a situation in which thousands of Jews will discover that according to the Halacha they are, so called, ‘Mamzerim’ [illegal child according to Jewish law], and therefore not allowed to marry other Jews.

The absence of such a database avoids the creation of this problematic situation. Therefore creating such a database stands against the Halacha and the common sense. Furthermore, as various complex situations can occur, having a system handle these situation with a simple yet wrong answer can be a complete disaster.”

“In an era where privacy is at a premium, it is unconscionable that the rabbinate will allow people’s intimate information (related to your personal status) to be accessible to a group of rabbis that you don’t know and you don’t know what they will do with the information. Imagine someone is adopted or a convert and they want no one to know this. The database will make this clear.”

Farber also noted that the Israeli Attorney General issued a strict warning in 2003 against the rabbinate maintaining databases related to personal status. Farber noted that just a month ago the Israeli rabbinate’s databases were breached by hackers from abroad. “Imagine if the information related to Jews everywhere got into the hands of those who seek to destroy the Jewish people?” said Farber. “These are questions that are critical to the Jewish future and they are being decided by a group of clerks and rabbis that have no understanding of the Jewish world. There has been no discussion or analysis.  ITIM plans to turn to the justice ministry I stop this travesty before it gains any momentum.”

In this article:Finance, Jewish People