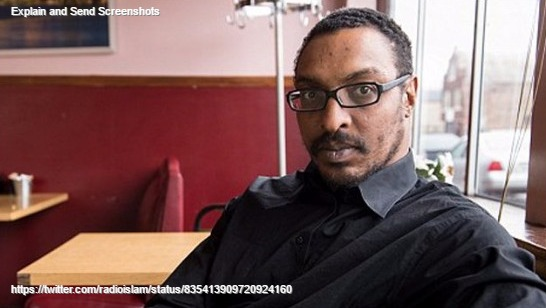 Muhammad Ali Jr., son of the late legendary heavyweight champion boxer, was reportedly detained and questioned for the second time in a month, at an airport, Friday by the Transportation Security Administration (TSA). This time in Washington airport, The Associated Press reported.

According to the AP report, Ali spoke to Department of Homeland Security officials by telephone and showed his driver’s license and passport before he was allowed to board his flight home.

last month Muhammad Ali Jr. and his mother Khalilah Camacho-Ali were arriving from a Black History Month event in Jamaica, when they   reportedly pulled aside and asked if they were Muslim, at Fort Lauderdale-Hollywood International Airport in Florida. Camacho-Ali was let go, but Ali son was detained for several hours.

On way home on DOMESTIC FLIGHT Muhammad Ali Jr. detained AGAIN by @DHSgov. Religiously profiling son of ‘The Greatest’ will not make us safe pic.twitter.com/KO3IVnRFax

A spokeswoman for the Transportation Security Administration Lisa Farbstein said Muhammad Ali Jr. also was patted down because his jewelry set off a checkpoint scanner alarm.

In this article:Finance, Immigration Ban