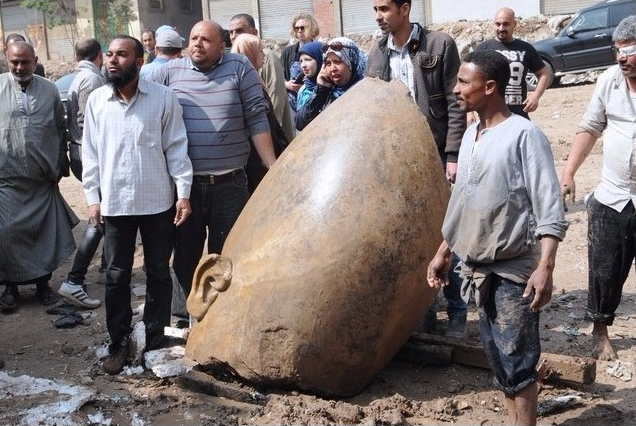 A massive eight-meter statue probably depicts revered Pharaoh Ramses II, who ruled Egypt more than 3,000 years ago, has been discovered.

Archaeologists from Egypt and Germany have found submerged in groundwater in a Cairo slum, near the ruins of Ramses II’s temple in the ancient city of Heliopolis, located in the eastern part of Cairo.

A limestone statue of Pharaoh Seti II, the grandson of Ramses II, was also found at the site.

The Egyptian Antiquities Ministry describes it as one of the most important discovery ever.

Archaeologists will continue the excavation in Cairo and, if the remaining pieces can restore the statue, it will be erected at the Grand Egyptian Museum, which is set to open in 2018.

It’s believed that Ramses II may have been the pharaoh from the biblical Book of Exodus from whom Moses demanded the release of his people.

In this article:Finance, Egypt, Archeology