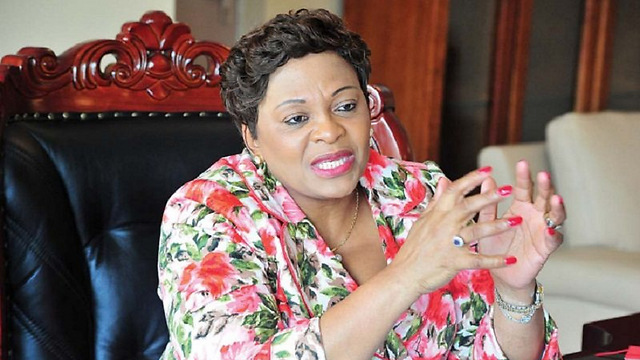 The Israeli Foreign Ministry has called the South African ambassador to Israel to be officially reprimanded following statements made by two senior officials in the government accusing Israel of practicing an apartheid system, and describing the neutralized Palestinian terrorist killed by Elor Azaria as a helpless and innocent protester lying on the ground.

Minister of Water and Sanitation Nomvula Mokonyane said that Israel was conducting a system of water apartheid against the Palestinians, adding that Azaria’s shooting illustrated that the IDF was a ‘murderous machine.”

Another official, Deputy Secretary-General of the ANC Jessie Duarte, called on the government to strip South African Jews of their citizenship if they had drafted into the IDF.

The Israeli Ambassador to South Africa Arthur Lenk was also instructed by Jerusalem to communicate his country’s outrage at the comments in Pretoria.

The remarks were made during an apartheid event in South African campuses, which is today considered the global stronghold of the BDS movement.

Mokonyane slammed “the evil ways, lacking all humanity, in which the Israeli regime deals with Palestinian resistance with an oppression that does not subside. It now looks like it is on steroids.”

She went on to say that “Israel is using water and its control of water as a tool to control the state of Palestine. This was found to be the case by research, some of which was examined by the UN. Moreover, Israel is the biggest water apartheid state in the world.”

Speaking about Azaria, who was sentenced to a year and a half in prison last month for shooting dead a neutralized Palestinian who had just moments earlier carried out a stabbing attack, Mokonyane said the shooting of “Palestinian protester lying on the ground, writhing in pain, was done without any fear of punishment.

“This is a protest against the culture and character of the Israeli army as a murderous machine. It is not surprising that others protested against the fact that the soldier was sentenced to prison for his crimes.”

Mokonyane added that with the support of the US, the “Israeli regime has continued with its abhorrent policies of collective punishment which has hurt many innocent civilians who have been victimized. Israel must stop this policy.”

For Duarte, this is not the first time she has made inflammatory comments about Israel.