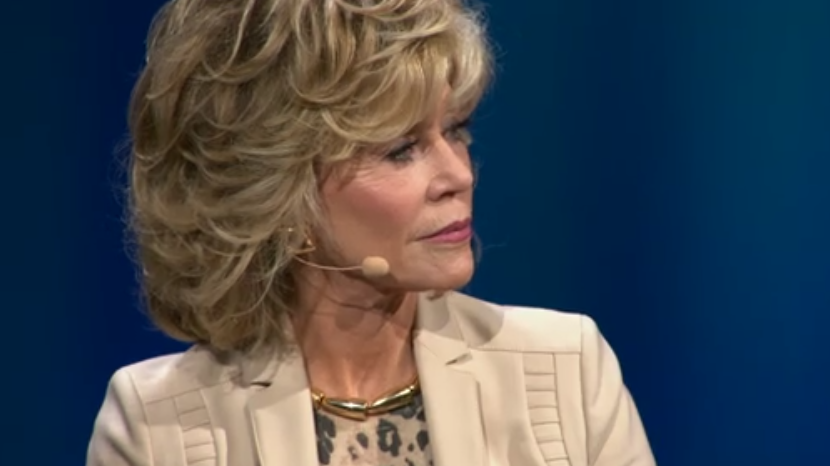 Jane Fonda has revealed for the first time that she has been the victim of a rape as a child. Later on “I’ve been fired because I wouldn’t sleep with my boss and I always thought it was my fault” she said in an interview with Net-a-Porter magazine.

Jane Fond was speaking to activist Brie Larson, who won the best actress Oscar in 2016 for her role in the film ‘Room’, as a young girl who is held captive and raped for six years in a small room.

Fonda said: “I’ve been raped, I’ve been sexually abused as a child and I’ve been fired because I wouldn’t sleep with my boss.

“I always thought it was my fault; that I didn’t do or say the right thing.”

“I know young girls who’ve been raped and didn’t even know it was rape,” she said. “They think, ‘It must have been because I said ‘no’ the wrong way’.”

When researching her memoirs in 2014, Fonda found that her mother, Frances Ford Seymour, had been sexually abused aged eight. Seymour killed herself at the age of 42, when Fonda was 12.

“One of the great things the women’s movement has done,” she added, “is to make us realize that [rape and abuse is] not our fault. We were violated and it’s not right.”

In 2014, the 79-year-old actress found that her mother, Frances Ford Seymour, had been a victim of recurrent sexual abuse in her childhood, aged eight. Seymour committed suicide by cutting her throat with a razor on her 42nd birthday, when the two-time Academy Award winner was 12.

Jane Fonda said at an event for the Rape Treatment Center “The minute that I read that, everything fell into place. I knew why the promiscuity, the endless plastic surgery, the guilt, the inability to love or be intimate, and I was able to forgive her and forgive myself.” She vowed to support the center for the rest of her life.