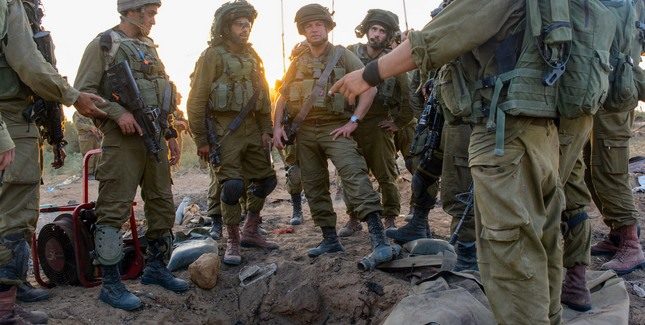 Although the Israel Defense Forces discovered and destroyed at least 34 attack tunnels during Operation Protective Edge in 2014, Hamas has been pouring resources into rebuilding its terror infrastructure, and is believed to spend some $40 million of its $100 million military budget on tunnel construction and dig around six miles of attack tunnels every month. A senior IDF official recently told Channel 2 that Hamas had rebuilt its tunnel infrastructure and rocket arsenal to pre-war levels.

Palestinian affairs correspondent Khaled Abu Toameh pointed out last year that Hamas has prioritized building up its terror infrastructure over rebuilding Gazan homes, writing that “the last thing Hamas cares about is the welfare of the Palestinians in the Gaza Strip.”

Gen. Yossi Kuperwasser, formerly the head of the research division of Israeli military intelligence and later the director general of the Ministry of Strategic Affairs, told reporters last May that the attack tunnels were a sign that Hamas is preparing for another war against Israel. “They definitely invest a lot in making the necessary preparations so that in the next round, when they decide to start it, they will be able to inflict the heaviest damage on Israel, including through those tunnels,” he said.

Hamas killed several Israeli soldiers in 2014 through its use of cross-border attack tunnels. The IDF explained at the time that Hamas intended to use the attack tunnels “to carry out attacks such as abductions of Israeli civilians and soldiers alike; infiltrations into Israeli communities, mass murders and hostage-taking scenarios.”

Earlier this month, Hamas elected Yahya Sinwar — an influential hardliner convicted by Israel of multiple murders — to be its new Gaza-based chief.