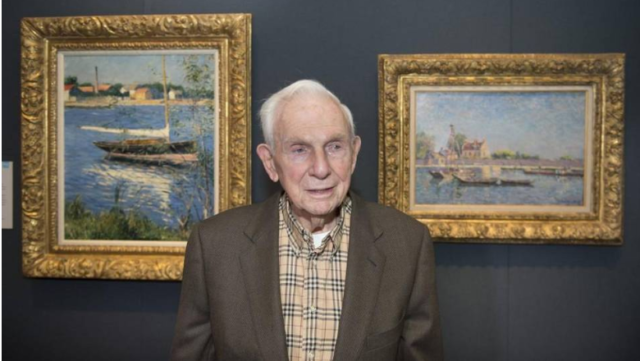 Henry Bloch, co-founder of H&R Block, and his late wife Marion, collected paintings created by mostly French Impressionist such as van Gogh, Cezanne, Renoir, Matisse, Degas and Monet among others. Nearly 30 of these paintings filled the walls of their Mission Hills, Kansas home.

Henry Bloch and Marion started collecting art in 1975  and for more than 20 years they spent travelling the world and buying artwork at auction and drillers. They had Manet painting, The Croquet Party, of friends and family playing croquet; Renoir’s a woman leaning on her elbows; a Degas pastel, Dancer Making Points, of a dancer in a yellow dress and more. 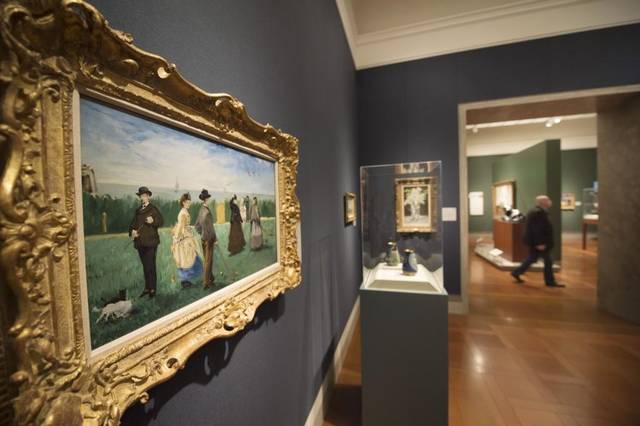 In 2013, after the death of  Marion, Bloch promised the collection to the local museum, where he was a trustee for many years. There were two problems: where to display the art treasure and what will fill the empty walls at home.

In March 11th more than two dozen paintings will go on display to the public for free, at the Nelson-Atkins Museum. The newly renovated of European Art Gallery made possible by an $12 million gift from the Marion and Henry Bloch Foundation. The gift brings the technology, security and climate control to the highest of standards.

The empty walls are not empty any more. The 94-year-old Kansas City philanthropist received a digital replicas of all the paintings to remain hanging on the walls of his home.

Henry Bloch was born in 1922, the second son of a Jewish prominent Kansas City lawyer. in 1955 Henry, a Harvard Business School graduate, and his brother Richard, created a new company, replacing the firm they founded United Business Company, with a new firm that specialized in income tax return preparation: H&R Block, Inc.

According to company website they named the company “Block” because their family name, “Bloch,” had always been difficult for people to pronounce and spell. “Block” was simpler and could be spelled phonetically. Within weeks, the company grossed more than $20,000 — nearly a third of the annual volume United Business Company had taken years to develop.

The company began to expand in the 1990s into the financial services arena, offering mortgage loans, banking, and business services.

H&R Block purchased Olde Discount Stockbrokers and operated as a full-service securities broker-dealer. By 2007, the unit was managing $33 billion in assets. as for 2015 the company manage $4.5 billion in assets with 2,200 employees.

In this article:art collection, Finance