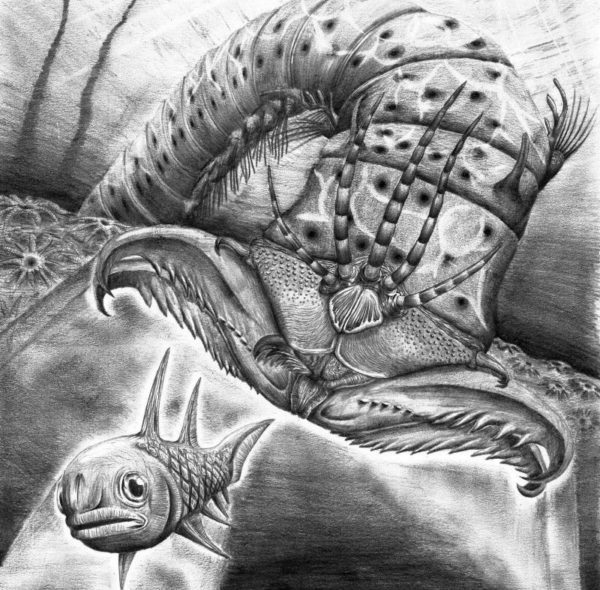 A team of international researchers discovered species of an extinct primordial monster worm with terrifying snapping jaws, at the Royal Ontario Museum.

The team from the University of Bristol, Lund University in Sweden and the Royal Ontario Museum, studied an ancient fossil, which has been stored at the museum since the mid-1990s, and discovered the remains of a giant extinct bristle worm.

The new species is possessed the largest jaws ever recorded in this type of creature, reaching over one centimeter in length and easily visible to the naked eye. Typically, such fossil jaws are only a few millimeters in size and need to be studied using microscopes.

Despite being only knows from the jaws, comparison with living species suggests that this animal achieved a body length in excess of a meter.

Its gigantic size is comparable to the living species of the ‘giant eunicid’ species, better known as ‘Bobbit worms’, which are considered to be terrifying and opportunistic ambush predators that use powerful jaws to capture their prey and dragging them into their burrows. 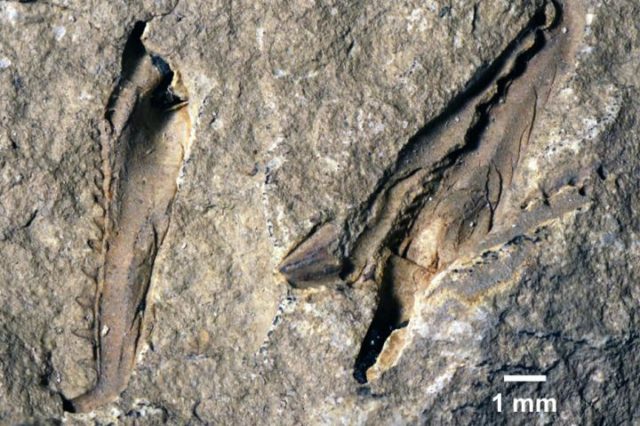 The specimens were collected over the course of a few hours in a single day in June 1994, when Derek K Armstrong of Ontario Geological Survey was dropped by helicopter to investigate the rocks and fossils at a remote and temporary exposure in Ontario.

Sample materials, from what proved to belong to the Devonian Kwataboahegan Formation, were brought back to the Royal Ontario Museum, where they have been stored until they caught the eyes of the authors’.

“It is, however, a poorly understood phenomenon among marine worms and has never before been demonstrated in a fossil species.

“The new species demonstrates a unique case of polychaete gigantism in the Palaeozoic, some 400 million years ago.”

Co-author Luke Parry from the University of Bristol’s School of Earth Sciences, added: “It also shows that gigantism in jaw-bearing polychaetes was restricted to one particular evolutionary clade within the Eunicida and has evolved many times in different species.”