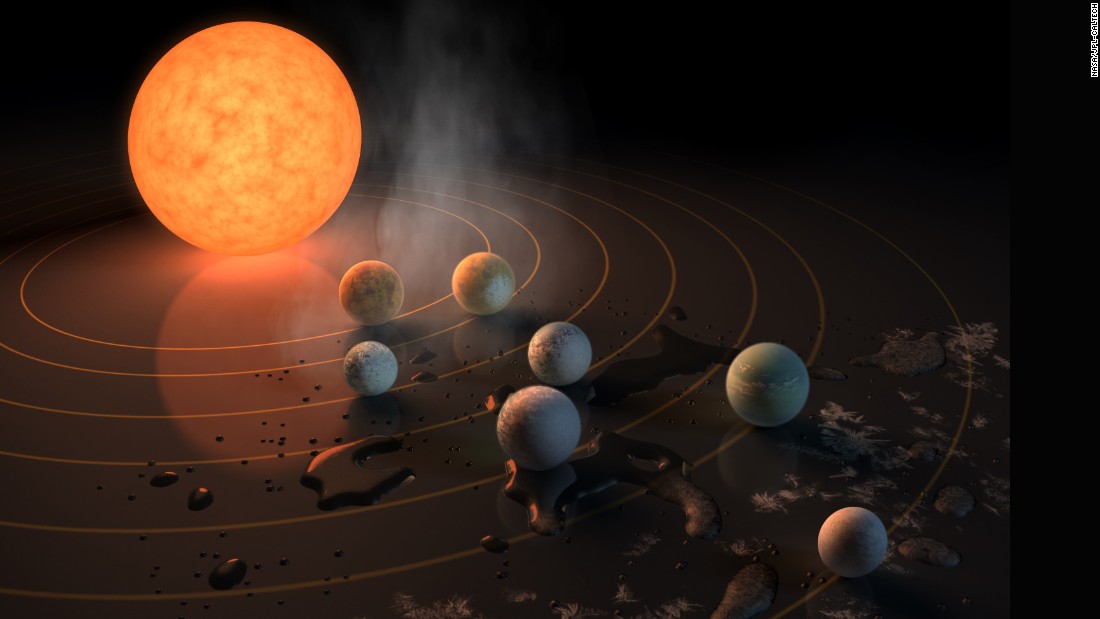 The Seven Earth-sized planets discovery is rare because the planets have the winning combination of being similar in size to Earth and being all temperate, meaning they could have water on their surfaces and potentially support life.

“This is the first time that so many planets of this kind are found around the same star,” said Michaël Gillon, lead study author and astronomer at the University of Liège in Belgium. The study published in the journal Nature.

“To have this system of seven is really incredible,” says Elisa Quintana, an astrophysicist at NASA’s Goddard Space Flight Center in Greenbelt, Maryland. “You can imagine how many nearby stars might harbour lots and lots of planets.”

Because the planetary system is so close to Earth, the team can study the planets’ atmospheres relatively easily. 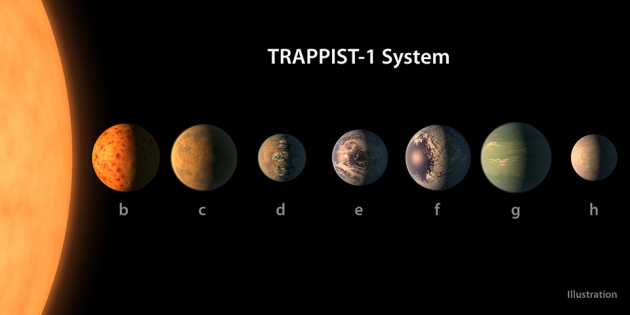 The seven Earth-sized planets were all found in tight formation around an ultra cool dwarf star called TRAPPIST-1. In May 2016 the same team of researchers announced the discovery of three initial planets orbiting the same star. The new research increased that number to seven planets total.

The researchers believe that TRAPPIST-1f in particular is the best candidate for supporting life namely temperature and liquid water. TRAPPIST-1f, e, and g, may even have oceans on the surface. The exoplanets mass estimation indicate that they are rocky planets.

“I think we’ve made a crucial step towards finding if there is life out there,” said Amaury Triaud, one of the study authors and an astronomer at the University of Cambridge. “I don’t think any time before we had the right planets to discover and find out if there was (life). Here, if life managed to thrive and releases gases similar to what we have on Earth, we will know.”

Some 3,500 expolanets have been discovered to date. In the Milky Way galaxy there are about 200 billion stars. If each of them has at least one planet, that’s billions of possibilities for Earth-like planets.

In addition to the possibility of a Planet 9 far beyond Neptune, illustrate that, preconceptions about the universe around us are made to be disproved.

Curious tilt of the sun traced to undiscovered planet Nine