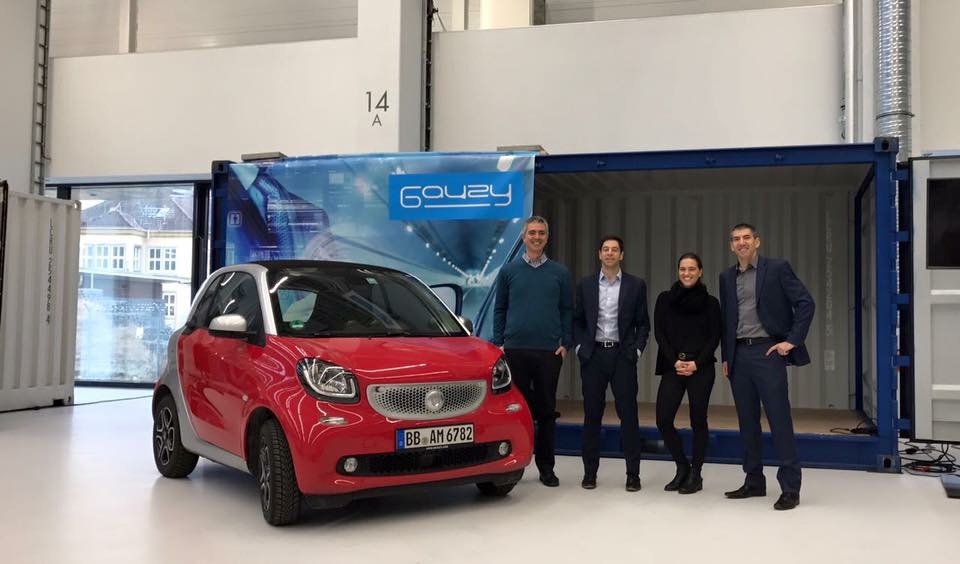 Israeli start-up Gauzy, the developer of a sophisticated method to communicate location and time based messages on a car window is collaborating with German automaker Daimler, the manufacturer of Mercedes cars. The partnership with Daimler, announced at AutoBahn Expo Day in Stuttgart Germany last week.

In this collaboration with Daimler, Gauzy the LCG (Liquid Crystal Glass) developer, created the first ever Dark RetroFit LC film for the automotive industry, which culminated in the projection LCG used to create transparent displays on car windows.

LCG  enables car windows to switch from opaque to transparent on demand. When windows are opaque, videos and images are projected onto them in HD quality. When the engine starts, the windows become transparent and drive ready. This development is the first of its kind, and revolutionizes the capabilities of the advertising world.

StartUp AutoBahn accelerator gave 13 startups the opportunity to work with large OEM’s for 100 days to develop ground breaking automotive technology which will be implemented into serial production by companies like Mercedes Benz.

The Startup AutoBahn Accelerator was launched in June 2016, where Gauzy CEO, Eyal Peso, gave the keynote speech at the selection day.

Of the 13 startups selected from 300, 6 startups were Israeli based companies, and Gauzy was the only one to be preselected due to its history of working with Daimler for over three years.

The event in Stuttgart last week was the AutoBahn Expo Day, where all 13 startup’s had the opportunity to showcase their projects in front of over 1,200 people, including Daimler’s Board, and other world leading OEM’s.

The LCG projection prototype presented by Gauzy, developed with the help of Daimler, drew considerable attention at the event. Based on the presented prototype, which was on a Smart Fortwo’s windows, Daimler will send a few hundred cars to cities worldwide, in order to use this new technology for utilizing existing car windows to communicate messages in a smart way. 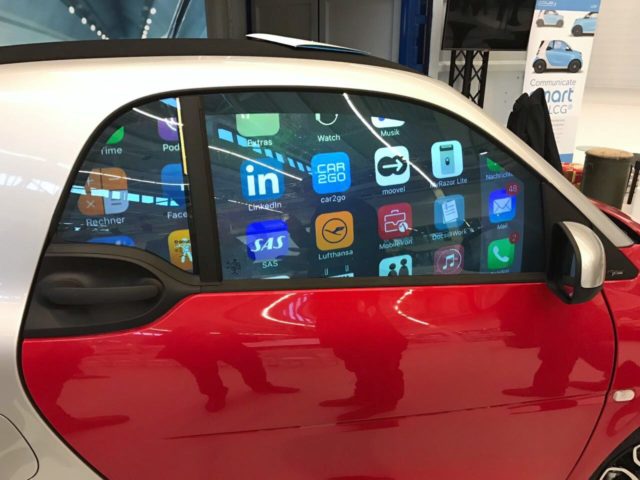 The unique custom made automotive grade controller works off the car’s battery, and enables the smart glass to switch from opaque for high quality projection to transparent, making car windows drive ready when the car turns on. When the glass is transparent, there is minimal haze making viewing clean and clear.