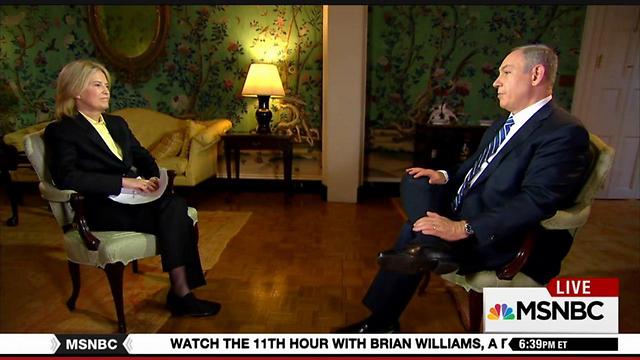 Speaking with MSNBC’s Greta Van Susteren, Prime Minister Benjamin Netanyahu was asked about the two-state solution, and why both former president Barack Obama and President Donald Trump have point Israeli settlements as an obstacle to Israeli-Palestinian peace. Netanyahu said in respond that he thinks settlements are “an issue, but I don’t think it’s the issue.”

On two-state solution he said: “Labels are not important”

The interview on Thursday evening comes a day after his first meeting with Donald Trump at the White House, where Trump tipping Netanyahu to “hold back on settlements for a bit.”

Netanyahu told Van Susteren: “I think it’s an issue, but I don’t think it’s the issue, because the real core of this conflict between us and the Palestinians is not this or that settlement, or this or that community,but rather the persistent and enduring Palestinian refusal to recognize a Jewish state in any boundary.”

“Peace requires that the Palestinians finally accept the Jewish state,” Netanyahu explained, “and give up their ideas and fantasies of destroying it and that Israel retain the right to the security control of the area west of the Jordan River.” 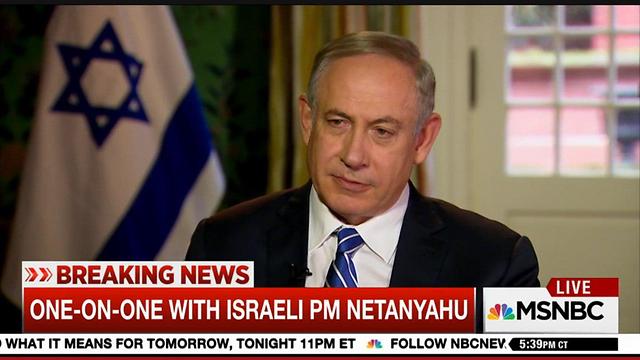 “We left the Gaza Strip, where half of the Palestinians live. We went back to the 1967 border, uprooted all of the settlements and even dug up graves. But they didn’t use the land to build a state of peace. They fired 25,000 rockets on our heads, and dug tunnels used for terrorism.”

In interview with Sean Hannity, Fox News, Netanyahu spoke on the Iran deal: “The deal essentially said this—it said ‘no bomb today, 100 bombs tomorrow, in 10 years,'” Netanyahu said. “And Iran doesn’t change its attitude… We’re all prey to this militant Islamic regime that will arm itself with nuclear weapons and ballistic missiles that can reach you.”