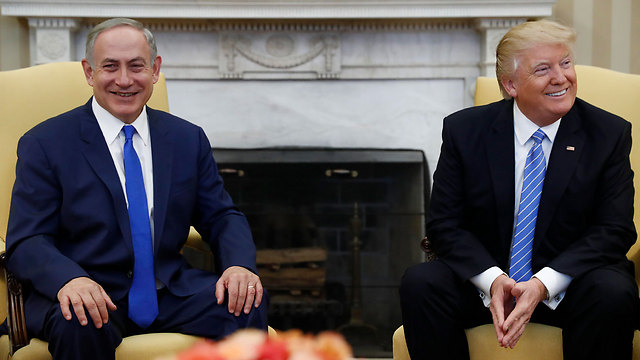 Prime Minister Benjamin Netanyahu said that he will “make efforts and examine” the possibility of freezing settlement construction Wednesday evening, and has asked US President Donald Trump to formally recognize the Golan Heights as part of Israel.

Netanyahu’s comments on settlements come after the president requested that he “hold back a little bit” during a joint press conference before the two leaders’ first meeting together as heads of state in Washington.

Commenting during a briefing of foreign and Israeli journalists after the meeting in Blair House—where guests to the White House stay—on the president’s reaction to his request that the strategically vital Golan Heights be recognized as Israeli territory, Netanyahu held back on divulging too many details.

“I won’t say what his response was,” the prime minister originally said, before elaborating slightly further. “I wouldn’t say that he was surprised by my request.”

Israel made a similar request to the Obama administration in 2015, but it was rejected, diplomats said at the time.

Israel annexed the territory in 1981 which it captured in the 1967 Six-Day War after Syria launched an assault on the beleaguered country. Its incorporation into Israel however was not recognised internationally.

Speaking after the press conference, the prime minister addressed the pressing issue of settlements, particularly in light of Trump’s requests.

“We agreed to discuss the settlements with the goal of arriving at an understanding that is consistent with the desire to achieve peace,” he said.

“The president of the US said that he is ready to work with us for the interests of Israel. There were no matters in which we did not see eye to eye. If there is a desire on his part to examine the matter of settlements, efforts should be made and it should be examined.”

Netanyahu insisted that he had no desire whatsoever to incorporate into Israel, by way of annexation, two million Palestinian civilians emphatically stating that he has “no interest” making them subject to Israeli rule.

“On the other hand,” he continued, “we will not be subjected to terror. I have not changed a thing since my Bar-Ilan speech,” Netanyahu insisted.

Asked about the issue of transferring the US embassy from Tel Aviv to Jerusalem, in accordance with Trump’s key campaign pledge, Netanyahu reiterated his support. “He heard our unequivocal opinion and he wants time to examine the matter.”

During the joint press conference, Trump was asked what he would do to allay fears among many Jewish people in the US which have risen in light of a surge in anti-semitic attacks since his ascent to power.

Coming to his defense during that press conference, Netanyahu did so once again in the conference thereafter, spurning any accusations that Trump is an antisemite. 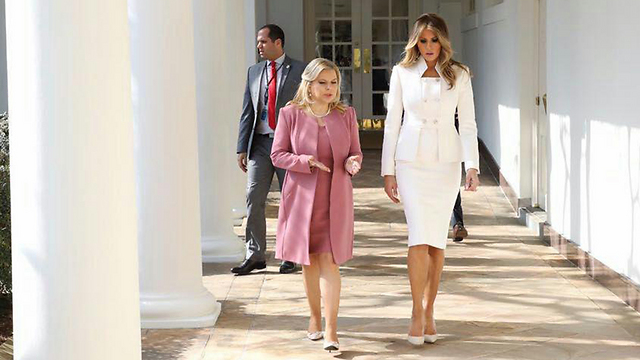 “Trump is a huge friend of the Jewish people and the State of Israel. He is not anti-Semitic,” he averred.

The concerns of Jewish Americans, he said, were unfounded. “I am saying this having known him and his family. Trump has a personal empathy for Israel and also for me personally. We didn’t just get to know each other yesterday.”

He also criticized a government minister for comments made about establishing a Palestinian state in the Sinai.

“One of the government ministers came with good intentions to help me and leaked that he was about to suggest to Trump a Palestinian state in the Sinai,” he said. I have stated just how much the relations are between Israel and Egypt contribute to stability in the region. The relations with Egypt are excellent. We see Egypt as a stable country. The peace agreement between us in al its aspects contribute to regional stability.”

During the press conference, while Trump urged Netanyahu to curb settlement activity, he avoided any explicit endorsement of a two-state solution to the Israeli-Palestinian conflict, a longstanding bedrock of US Middle East policy.