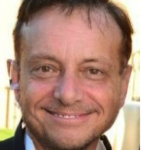 President Trump’s Presidential Order 13768 issued January 25th of this year on immigration will create a rash of lawsuits and disastrous consequences for a number of reasons that are not facially apparent. In this article we will try to illustrate these issues with examples that demonstrate the disastrous consequences we are facing.
THE CURRENT ORGANIZATION

Until now, the INA (Immigration & Nationality Act) at INA § (a)(2)(A)(i)(1) et seq. codified various ‘criminal grounds’ and immigration lawyers were able to ascertain the type of waiver (ie where the government overlooks an immigration offense) required and the case law to research. With the new changes, the first threat is that waivers will be determined even more strictly than they are now, or may not even be available. In cases where someone is charged but not convicted, a defense will be extremely difficult if not impossible. In a situation where someone is suspected in the judgment of an immigration officer, it will be very difficult to overcome the grounds. We are going to lose a lot of people. As we are already suffering a ‘brain drain’ as a result of the current system’s faults, we may lose many more persons who are valuable to our country’s future. Some of them will be great doctors, scientists, and many others who employ many people or contribute to our country who have, as humans will, made an error in judgment at one time in their lives.
NO CONVICTION REQUIRED

With the definition expanded whereby a conviction is no longer required, it will create havoc amongst foreign persons. The very reason courts exist is to ascertain justice. People have different perspectives, which leads to miscommunications. Something may or may not be a crime, depending on the intent or the situation (see below re Walmart case).  At times, a neutral third party is required to clarify the situation and ascertain culpability. This will no longer exist, and it has far-reaching, and destructive consequences.

THE SET-UP
In a Work Situation


As an adjunct to the first item above, I can see there will be many situations in which an employer, for example, may take advantage of a foreign employee. Our labor law department receives many calls from foreign persons who have encountered abusive employers as well as persons who have been threatened with removal on a regular basis.  If an employee chooses to exercise her or his rights, the employer may have the person charged with a crime (shoplifting, theft) simply to have a method of removing the person from the country and not having to face the consequences of labor law violations.

In a Private Situation

An example in this arena would be a U.S. citizen who may have promised marriage to a foreigner and changed his or her mind for whatever reason. If the situation becomes uncomfortable, for example where the partner asks for the ring back, or other allowances may have been made. In such a case, the citizen can merely call the police and have the person charged with domestic violence. As the foreign person is an enforcement priority, he or she will be removed and have a permanent arrest record that will always have to be revealed in the future. As there can be no trial required or possible (if one is removed rapidly), the person may even have to carry sex offender or rapist status even if not true. This situation can be fatal from a career perspective for a doctor, professional dependent on security clearances, and many others for various reasons.

I have known a fellow lawyer whose girlfriend at the time had been upset because he did not feel ready to get married. She punched herself severely and called the police. He was arrested. I was later invited to their wedding where she bragged about what she had done. This is not rare, given how the domestic violence laws function in California. I cannot express how many immigrants have called and explained they were set up; it is hard to imagine 100% of them are lying.

PERSONS NOT EVEN CHARGED

I will use a simple example that will help drive home the point I am making. A few years ago I had a lady call me. She was shopping at Walmart and had obtained pictures she had printed; the value was in the $5.00 range. She had two children with her and one of them was screaming uncontrollably. Out of courtesy, as the photo lab was by the front door, she took her shopping cart outside the door to calm her child.

The clerk at Walmart instantly called security and she was arrested and faced immigration consequences. The problem becomes one of discretion and distinction, where lawyers swim. Yes, she committed acts that constitute a criminal offense…but that was not her intention; it was pure mistake. She was distracted by the crying and wailing and forgot about the pictures. Human error, should she be removed?

THE OFFICER BECOMES A JUDGE

In defense of immigration officers, they have not been to law school. There are many considerations in the law, and especially in this, one of the most complex areas of law that exists. A lot of the work we, as immigration lawyers conduct, is decided based on an officer’s ‘discretion’. The decision is very subjective, and that is one of the biggest problems with immigration law. Each and every officer will have, as humans do, differing opinions on the same subject.

To one officer, a DUI is enough to be considered a risk to public safety, which it is. However, is not necessarily a continued risk; it may be a one-time occurrence. By the same token, someone who ends up in a physical confrontation may use excessive force as they are not accustomed to fighting. This person may be defending their child from a sexual predator, for example. However, as the person used excessive force, he or she could be considered a threat to public safety.   What are the parameters? Where and how is that line drawn? This situation mandates regulations the size of a bible, covering every law and every permutation.

Another example of a possible threat to public safety could be a person who is in a position to be a public speaker. This person may have others who do not agree with him or her and every time this person speaks, riots break out at the venue in which the person speaks. With riots there will be fights. People will get hurt. One could easily argue this person is a threat to public safety. Does this not create a chilling effect on free speech?

On the other hand, there is not only the threat, but the autonomous discretion to decide and I will illustrate the dangers of that power with an example.  Before 2002, a Treaty Investor could invest in a U.S. company but his or her spouse was unable to work. If the spouse chose to work, he or she had to make an investment as well and file a separate case. There were multiple instances where the identical case with the identical investment went to two different officers, one approved and one denied. This is the problem we face: interpretation.

A MISTAKE HAS BEEN MADE…..NOW WHAT?

Let’s assume a mistake has been made and the person has been removed. The section of the Order is entitled “Enforcement Priorities”. The person had a career, his or her spouse watches the kids, the children were in school, he had a house and its accompanying mortgage, car payments….and is now being removed as a priority. Let’s make the person a male; his wife cannot sustain the family without her husband’s income. The family has to return to their home country. The family, however, like many people, lives paycheck to paycheck. They cannot afford to live in their home country, especially without a job. They cannot sustain their U.S. mortgage so the house ends up in foreclosure. Their lives are in shambles and they end up on the streets of their home country.

It is immigration policy not to go ‘behind’ the facts of the case and so there are no defenses. With time passing, facts get blurrier and credibility diminishes. They are stuck. What is their story about the United States? If they present this to their press, which decides to pick it up, the United States develops a different reputation than the one that reflects the country.

Last but not least, the problems the United States will face problems that are not at first visible. When we create a situation of rejection, especially amongst people who are not convicted or are simply ‘suspected’ of committing a crime.  As a high-level negotiator, I can assure you, these scenarios and their destructive effects will create resentment. Regrettably, this resentment will become generalized and as a result will create hostilities against not only the United States but its people who travel abroad.

This negative sentiment will lead to future issues that have a negative impact over time as they are spread, by the foreign media, throughout cultures and people, leading to a generalized threat to the United States. I have witnessed this amongst the many callers who have been denied entry to the United States in a less than courteous manner. Our country will be perceived in a light that does not reflect its true intentions. The public does not understand the many factors that affect political decisions and they will make their own judgments, none of which will be favorable to the United States and its people. This is just the beginning of when it will no longer be safe to leave the United States, as the people mentioned in this article will hail from all over the world.  Traveling with a U.S. passport may become a threat, and not a pleasure for many of us.

Steven Riznyk is a business and immigration attorney who has been practicing for 29 years. He is an immigration author who creates cases for immigration lawyers as well as the public.