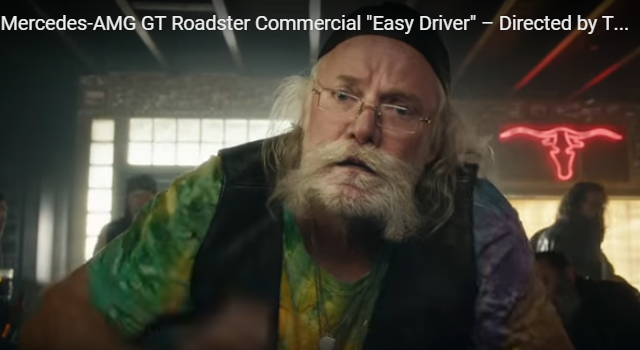 Directing duo the Coen Brothers have made their second Super Bowl Commercial. The new ad for Mercedes stars Peter Fonda.

Steppenwolf’s famed song “Born to Be Wild,” which is forever linked to the movie “Easy Rider,” plays in a middle of nowhere biker hang out on famed Route 66. The bikers are engaged in classic antics which everyone associates with members of motorcycle gangs when their frolicking is interrupted by one man who says that he is blocked in by someone’s car. 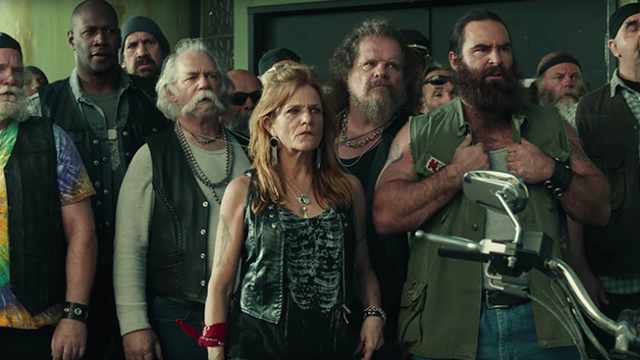 The Coen Brothers then cut to outside the dive spot where we see Peter Fonda wearing the same jacket which he wore in that 1960s film. But instead of a motorcycle, Fonda is driving a Mercedes GT Roadster. The actor playfully tells the bikers “Nice rides” as he nods at their bikes before jumping into the sports car and driving off.

The only woman there says of Peter Fonda, “still looks good.” This is clearly a reference to how the actor was a movie star and sex symbol back in the 1960s. Peter Fonda will turn 77 next month. The two time Oscar nominee starred in “Easy Rider” back in 1969 when both he and his Oscar winning sister Jane were symbols for America’s counterculture.

Throughout the Super Bowl commercial the Coen Brothers show off their talent for making drama funny. 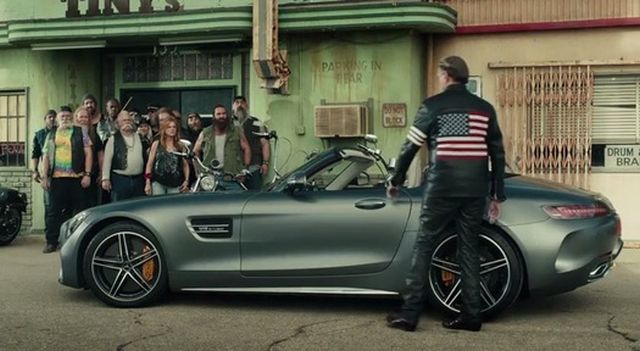 Recently the Oscar winning directing duo The Coen Brothers, Joel and Ethan Coen, revealed plans to make their first television series. It will be called “The Ballad of Buster Scruggs.”

The show will be a limited run anthology series set in the wild west. The Coen Brothers will produce the new series with Annapurna Television through their Mike Zoss Productions label. Megan Ellison and Annapurna Television’s president of television, Sue Naegle, will serve as executive producers. 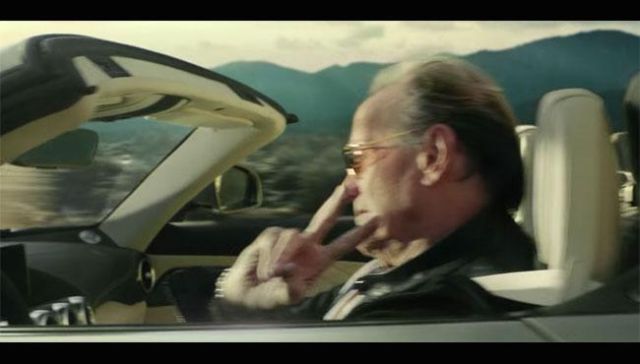