We have all heard about fake news and how it affected the 2016 Presidential elections. But have you ever wondered why people so easily fall for stories that on the face seem so preposterous?

Well its obvious isn’t it? People hear what they want to hear.

P.T. Barnum famously said that there is a sucker born every minute. He was wrong. There are ten. Just look at all of those working class people who waist half their paychecks on lottery tickets. Is it no wonder that the same people fall for fake news stories which claim that Hillary Clinton actually had people murdered or that most murders in America are caused by people who are in the country illegally?

How many times have you heard someone say that he is tired of listening just to what the media says is the truth and wants an alternative source of information. These people always say the word media with such disdain and then post links on their Facebook pages to the most notorious offenders in the whole world of fake news like Breitbart and Occupy Democrats. And many of these people even unwittingly post links to nazi websites.

Yet for some reason Facebook must be to blame for the proliferation of fake news stories and not the people who fall for them.

Well now there is new research which helps to explain why all of those people fall for fake news stories and how even well educated people believe them too. 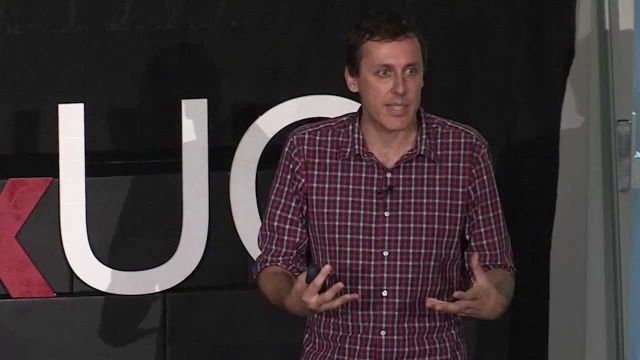 Psychology professor Matthew Hornsey of the University of Queensland in Australia has put forward a new theory for what he called “attitude roots.”

Professor Hornsey has found that even better educated people allow themselves to be fooled by fake news. He cited the fact that so many well educated people deny that climate change exists as an example and was quoted in Seeker saying, “Among Republicans, climate skepticism is higher among those who are more educated. Education in some ways gives you the skills and resources to cherry-pick data and to curate your own sense of reality, one that’s in-line with your underlying worldviews.”

He also says that there is a link between people who actually believe in myths about vaccinations causing autism and who are science skeptics in general with a distrust of government. “There’s evidence that Republicans are more skeptical about climate change because they have a strong moral suspicion of big government,” Hornsey said. “They reject the science because they don’t like the solution: government regulations that curb industry.”

The professor explained that once people become entrenched in a certain mindset it is hard for them to change. “You have to provide a path for people to change their minds without feeling humiliated or defeated,” he said.

This is especially important now that fake news seems to be emanating from the White House itself. President Trump’s press secretary even coined a new term for it — alternative facts.

Donald Trump supporters do not want to be forced to acknowledge that they may have been conned. So they are more likely to accept arguments which refute actual facts. And no one really cares how many people were actually at Donald Trump’s inauguration. The President and his people seem incapable of just saying that it rained that day so this may have kept people away. Instead they have decided to make the story about how the news media is supposedly engaged in a deliberate campaign against President Trump.

And now Donald Trump has decided to accuse the media itself of disseminating fake news. Politico cited the following tweets as an example of this:

“The failing @nytimes has been wrong about me from the very beginning. Said I would lose the primaries, then the general election. FAKE NEWS!”

“Thr coverage about me in the @nytimes and the @washingtonpost gas been so false and angry that the times actually apologized to its…..” he wrote in another tweet containing several spelling errors a few minutes later. “…dwindling subscribers and readers.They got me wrong right from the beginning and still have not changed course, and never will. DISHONEST.”

So now the President of the United States himself is accusing The New York Times and The Washington Post of being sources of fake news, when he himself continually makes baseless assertions and claims all sorts of things which he made up to be facts just because he says so.

No, Facebook was not to blame for the outcome of the elections because of fake news in its news feeds. No, Donald Trump was not responsible for making stuff up. It is the fault of the people who chose to believe the fake news stories simply because they wanted to. Its the same reason why fake diet aids sell for millions every year while the people who buy them continue to guzzle down sugar sodas.

People believe what they want to believe.

Advertisement. Scroll to continue reading.
In this article:Finance, Fake News