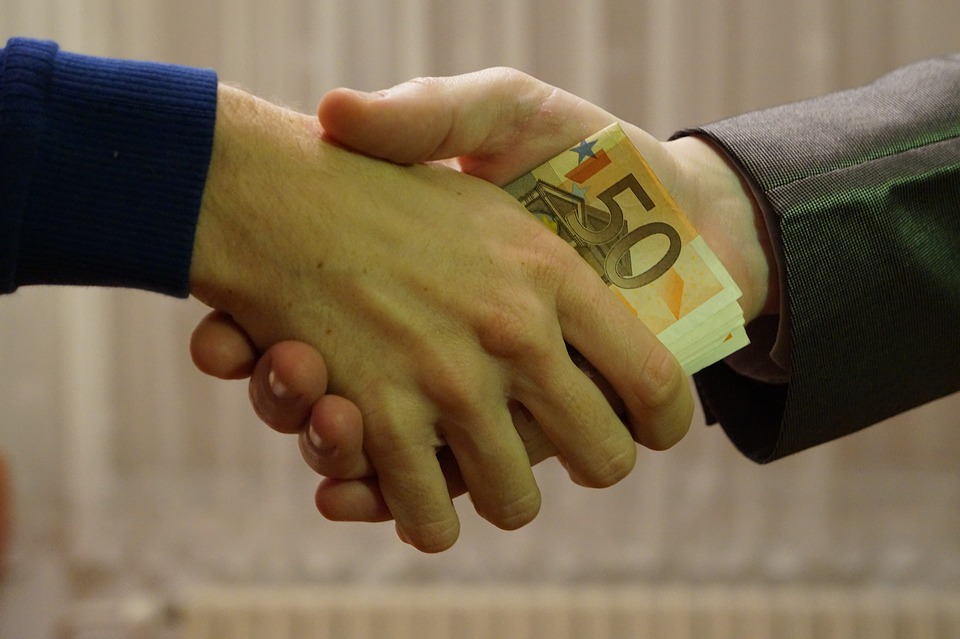 Corrupt behavior that happens once, in response to a sudden opportunity, may be easier to rationalize than repeated unethical behaviors.

In four studies, psychology researchers find that people are more likely to engage corrupt behavior and bribery if it occurs as a sudden opportunity rather than as the result of a gradual process.

“Unethical behavior like corrupt behavior does not always emerge gradually but sometimes occurs abruptly, spontaneously, and unexpectedly,” explains lead researcher Nils Köbis of VU Amsterdam. “Especially when the decisions appear in rapid succession, people might be reluctant to engage in corruption repeatedly and rather want to reap the benefits of larger forms of corruption in a single act.”

“This is a surprising finding, given the strong intuitive and theoretical appeal of the slippery slope analogy,” he adds.

The popular idea that corrupt behavior tends to start small and build up over time falls in line with established psychological processes like moral disengagement and shifting social norms – the gradual progression from small, ambiguous acts to progressively larger transgressions may enable those involved to maintain the belief that they are moral, upstanding people.

But Köbis and VU colleagues wondered whether corrupt behavior might also emerge when people encounter what appears to be a “golden opportunity” – a unique circumstance that stands to convey large and immediate benefits and seems too good to pass up.

Corrupt behavior that happens once, in response to a sudden opportunity, may be easier to rationalize than repeated unethical behaviors, the researchers hypothesized.

Köbis and colleagues decided to put the two possible mechanisms to the test in a series of four studies.

In the first study, 86 student participants played a competitive game with five rounds. In each round, two competing players adopted the role of CEO of a construction company, with a budget of $50,000 each to make bids for a contract worth $120,000. A third player, the public official, awarded the contract to the highest bidder. If the bids were equal, the players split the award down the middle. In reality, only one of the competing players was actually a participant – the other competitor and the public official were represented by a computer program.

Importantly, the game was stacked such that participants had the opportunity to corrupt behavior and bribe the public official. In some cases, players were presented with a steep-cliff option: They could invite the public official on a private vacation that ensured their advantage in subsequent rounds. In other cases, players were presented with a slippery-slope option: They could invite the public official to a banquet, which ensured their advantage in a quarter of the subsequent bidding rounds, and they could later increase this advantage to 100% by inviting the official on vacation. The overall cost of both options were the same, only the path towards severe corruption differed.

Köbis and colleagues saw the same pattern of results in a second study that included a third bribery condition, in which the second corrupt act was less severe than the first.

To ensure that the game held some real-world incentives for the participants, the researchers conducted a third study in which players earned actual money in proportion to their winning bids. Again, people were much more likely to use the option to bribe the official when the bribe was immediate and severe than when the bribe was gradual.

A fourth study, with all players represented by participants and greater monetary incentives, showed similar results.

Together, these four studies indicate that severe unethical behavior doesn’t necessarily emerge through a gradual process but can result from a sudden “golden opportunity.” Although research examining the psychological mechanisms that drive corrupt behavior is still in its infancy, these findings and future work stand to provide important insight into a very real and consequential issue:

“Given that corrupt behavior has immense negative effects for society, in each country around the world, research that helps to understand when and how people engage in corruption can potentially yield crucial societal benefits,” says Köbis. “With the help of more research on this topic and by enabling an exchange between practitioners and academics, in the future such situations could be identified and preventive measures could be designed.”