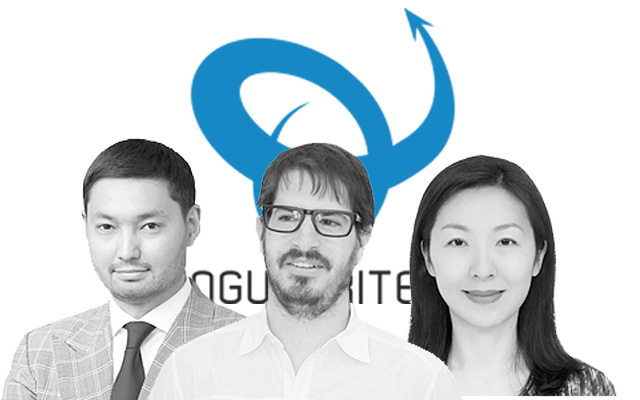 At the top of 2016’s Most Active VC Funds Ranking by IVC Research Center, in cooperation with Israeli law firm APM & Co., are three VC funds, each of which completed eight first investments in 2016.

While all three are considered early stage, low-placement, small funds, their new portfolio strategies in 2016 were varied. Most Active VC Funds:

UpWest Labs, a micro VC with approximately $9 million under management, performed six first investments in seed rounds, in addition to two A rounds.

Moshe Hogeg‘s Singulariteam, managing a total of $152 million in three funds, evenly split its eight first investments of 2016 between seed and A rounds.

OurCrowd funds, managing a total of $20 million in two funds – OurCrowd First and OurCrowd Qure – tended to invest in relatively later rounds, placing first investments in seed (3), A (4) and B (1) rounds.

Since all three funds placed relatively small amounts and chose mostly early stage deals, it is no surprise all three ranked among the Most Active VC Funds in 2015.

According to APM’s Chairman, Yonatan Altman, “The report is somewhat of a ‘graduate certificate’ for the Israeli high-tech ecosystem. The decrease in the number of first investments in 2016 compared to 2015 is similar to what we see in the US market (where there is stability, and even a decrease, in prices). Despite the decrease in the number of investments, the distribution is wider. Investors in Israel – whether Israeli or foreign – made investments not only in companies that are in their R&D stages, but also in companies that have a viable product and a clear business model, with funds designated for growth: sales, marketing and market penetration.

This, without a doubt, also present the VC funds with the need to create value for the companies in a variety of subjects that will call for consideration and investment.”

The IVC-APM Most Active Venture Capital Funds 2016 Report suggests a weak correlation between a fund’s ranking and the stage of investment, as measured by the first investment rounds. While it is tempting to assume that, as a whole, early stage funds can place more new deals than late-stage ones, or that small funds only make seed rounds, our data show it is not necessarily the case. While most VC funds ranked in 2016’s report invested in a mix of stages – from seed to late rounds – some funds’ adherence to a stricter stage-specific strategy did not necessarily affect their placement. Thus, for example, the fourth place features late stage investor Vintage, seed investor Terra, as well as four other funds – each with five first investments in 2016.

Koby Simana, CEO of IVC Research Center, says “different VCs apply different strategies to the Israeli market. Some funds tend to be stage-focused – typically late or early stages– while others are stage-agnostic. That being said, declaring a fund to be stage-specific does not necessarily make it so.” According to Simana, “one of the unique characteristics of the Israeli high-tech market is that stages do not conform to the typical cookie-cutter rounds the VC industry expects. On the one hand, we see Israeli high-tech companies waiving seed rounds altogether and going for earlier A rounds, while on the other hand, we see some companies taking their time with A rounds, getting to them at the growth stages, in which they raise more substantial amounts. The bottom line is, there is no ‘typical A round’ in Israel as there is in the US, for instance, and the VC funds that are most active in this ecosystem adapt rather than stick to any particular pattern.”

Yonatan Altman, Chairman of law firm APM & Co., explained: “From the data, we can also see that investors in general have invested less in seed rounds and therefore sought to decrease their risk. One cannot predict whether this trend will continue, given that 2016 was a year of political and social turbulences that were reflected in the markets and affected everyone’s financial decision-making, whether consciously or unconsciously. We must wait for Q1 and Q2 of 2017 before we can say for certain if this is where we are heading.”

The IVC-APM Most Active Venture Capital Funds 2016 Report ranks American VC fund 500 Startups second in terms of first investment activity in 2016, with seven new deals, spanning seed to B rounds. 500 Startups, which has been investing in Israel since 2011, was not ranked in 2015, with its first five investments insufficient to include it into the Most Active VC Funds ranking due to the higher threshold. Four VC funds share third place in the 2016 ranking, each with six first investments. They include Israeli funds JVP, Pontifax and Maverick, as well as Russia-based AltaIR Capital, featuring a mix of seed to late-round investments.