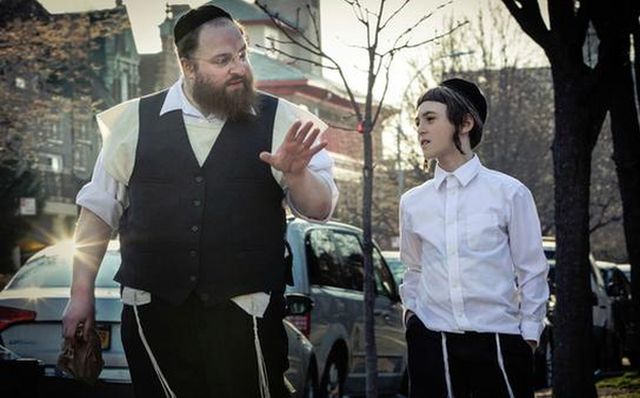 A new movie called “Menashe,” which was filmed in Yiddish, is being screened at this Year’s Sundance Film Festival. The 2017 Film Festival is currently underway.

“Menashe,” will premiere today at the Sundance Film Festival in the upstart Next section. The movie gives viewers an inside look at New York’s Hasidic community. The Hasidim are the last Jews in the world who still speak Yiddish as a first language. “Menashe” tells the story of a widower as he battles for custody of his son. The film intimately explores the nature of faith and the price of parenthood.

Anyone who follows movies knows that The Sundance Film Festival, which was started by Robert Redford, is the annual event where up and coming filmmakers, as well as independent filmmakers, get to showcase their talents. Named for the character who Robert Redford played in “Butch Cassidy and the Sundance Kid,” the Festival was founded in 1978. Independent movies hope to impress the Hollywood people enough to get picked up by a distributor. The Festival made stars out of movie makers like Quentin Tarantino and Steven Soderbergh.

The Fest has begun! Let us join together in celebration of art and voices, and share our experiences – unified together around #Sundance. pic.twitter.com/pq67Hfs4bW

Menashe’s director Joshua Weinstein told The Los Angeles Times, “The strangest casting moment, let me think about that. It might be all the times I sat through an hour of evening prayers because I happened to be talking to a potential actor and they needed a 10th man for a minyan [a prayer quorum]. Or maybe it was when I accompanied the rabbi to the mikveh [Jewish ritual bath].”

The movie’s cast is comprised of actual Hasidim who are not professional actors.

On working with them Weinstein said, “They made up with enthusiasm and authenticity what they lacked in formal training.”

With this entry at the Sundance Film Festival, Joshua Weinstein marks his debut as a director of drama. His previous films were documentaries. Weinstein co-wrote the screenplay with Alex Lipschultz and Musa Syeed.

Movies which premiere at the Sundance Film Festival frequently undergo many changes including rewrites and re-shoots after getting picked up by a studio or a more established production company. Harvey Weinstein is famous for doing this with a lot of movies over the years.