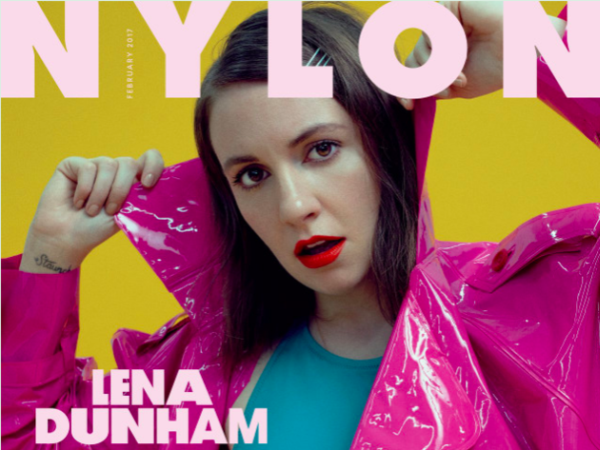 “Girls” star Lena Dunham has acknowledged the hit show’s problems with racial diversity and how she will act under the Donald Trump Presidency. The actress made the comments in an interview with Nylon Magazine where Dunham is the February cover star.

Peak moment: being called out for reaching "peak Dunham" by the brilliant @NylonMag https://t.co/7LTfj3XtZ7 pic.twitter.com/NvRulKFQEg

“Girls” is entering its sixth and final season on HBO.

One of the things that Lena opened up about in the interview was how she regrets that she created “Girls” with only four young white women as its main characters.

“I wouldn’t do another show that starred four white girls. That being said, when I wrote the pilot I was 23, ” explained Dunham. “Each character was an extension of me. I thought I was doing the right thing. I was not trying to write the experience of somebody I didn’t know, and not trying to stick a black girl in without understanding the nuance of what her experience of hipster Brooklyn was.”

Dunham also talked about becoming more self-aware now that she is turning 30. “Oh, I’ve been in therapy since I was seven. There’s nothing you could say about me that other people wouldn’t know. But the older I get, the more I’m like, ‘I don’t fucking know what anybody is seeing when they look at me’ and the coolest thing is it’s not my problem.”

A big supporter of Hillary Clinton in last year’s elections, Lena Dunham spoke about her concerns over racism and violence in the new Trump era. “So much of what we’re dealing with in America isn’t just misogyny, isn’t just racism, but is also this unspoken constant tug between people living on different sides of the class divide, ” she said.

“You come in and you’re like, ‘I went to Oberlin. My godparents are both art critics. I was raised at a women’s action coalition meeting, ’ and that’s repugnant to them on a thousand levels. There’s a sense of snobbery or intellectualism that feels like it’s the enemy of patriotism and also the enemy of the working class, which is by no means where I ever wanted to position myself.”

Lena Dunham also added her name to the growing list of celebrities who have come to Meryl Streep’s defense after Donald Trump trolled her on Twitter. Dunham showed that Twitter can be used for good as well as evil tweeting, “Meryl Streep is actually one of the only people on earth who is neither under or over rated.” Trump slammed Streep’s acting after she criticized him at the Golden Globes Awards on Sunday.

Meryl Streep is actually one of the only people on earth who is neither under or over rated. She's been 100% correctly rated!

The final season of “Girls” premieres February 12 on HBO.