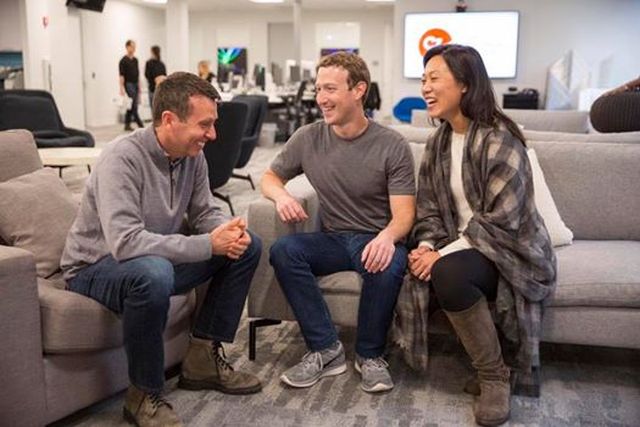 Mark Zuckerberg and his wife Dr. Priscilla Chan’s foundation the Chan Zuckerberg Initiative has brought in David Plouffe as its president of policy and advocacy. Plouffe managed President Barack Obama’s 2008 Presidential campaign and is currently a board member at Uber. He will leave Uber in favor of his new position.

The Chan Zuckerberg Initiative was founded in 2015 by the Facebook founder and his wife as the vehicle through which they intend to give away 99% of their wealth.

Mark Zuckerberg wrote in a Facebook post about Plouffe’s hiring, “Advocacy has always been part of our approach. When we launched our science initiative last year, I spoke about how we need to change that our government spends 50x more treating people who are sick than finding cures so people don’t get sick in the first place.”

David Plouffe said, “When announcing the Initiative, Mark and Priscilla stated that, ‘We must participate in policy and advocacy to shape debates. Many institutions are unwilling to do this, but progress must be supported by movements to be sustainable.’”

“As the President of Chan Zuckerberg Initiative Policy and Advocacy, my job will be to find creative ways to lift the voices of those who want to build a better future – no matter where they live, their background or their ideology. Curing disease, improving education through personalized learning and building technology and tools to help organizations reach their full potential are areas with wide spread support and massive potential for mobilization, great storytelling and smart policy engagement.”

The Chan Zuckerberg Initiative will also establish a new public policy advisory board to be led by Kenneth Mehlman, who managed President George W. Bush’s successful 2004 re-election campaign. It will be comprised of former government officials and experts in the fields of education, science and communications. So a former Obama campaign manager and a former Bush campaign manager, Republicans and Democrats alike are getting on board. Mark Zuckerberg and Dr. Priscilla Chan are sure serious about getting a lot of political clout while not taking sides.