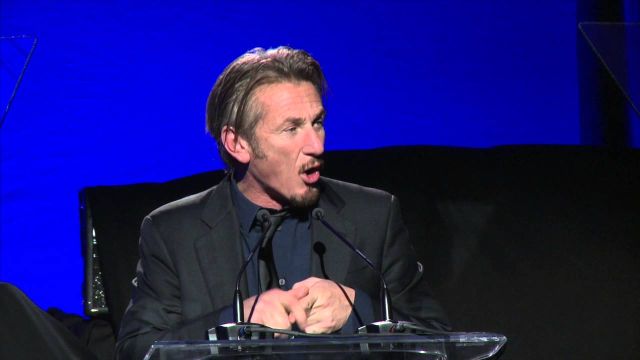 Sean Penn and a group of famous friends got together and raised $37 million for the J/P Haitian Relief Organization at a fund raiser over the weekend. The two time Academy Award winner was joined by stars like Leonardo DiCaprio, Nick Jonas, Pamela Anderson and even his ex-wife Robin Wright.

Sean is joined by his daughter Dylan and son Hopper tonight at #HaitiRising. To donate, visit https://t.co/hXoVdUm6l8 pic.twitter.com/8knYiCg0Mw

Jason Siegel, Patricia Arquette, David Blaine Bill Maher and Jeffrey Tambor were there too. And so were Ed Norton, Connie Britton and Julia Roberts.

The event was held at at the Montage Hotel in Beverly Hills on Saturday night. The Los Angeles Times reports that Sean Penn told the crowd, “This is a weird year. I didn’t write much of a speech because I didn’t know what speech to write. This is post the age of reason. I’ve never lived here.” The actor was referring to Donald Trump’s election.

Bill Maher, the event’s emcee, said of Penn, “He truly is a man of action. When you need someone to show up in a rowboat when there’s a flood, or interview El Chapo. He went to Damascus last year. Syria. Even Mormon missionaries won’t go to Syria.” 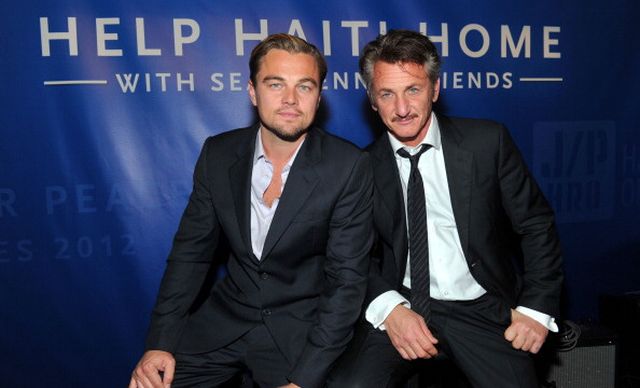 Many items were auctioned off including Julia Roberts’s vintage Toyota.

Founded by Penn in the wake of the 2010 earthquake that destroyed Haiti, J/P Haitian Relief Organization states that it is “about supporting stronger communities in Haiti, ensuring access to basic services that should be every human being’s basic right. The earthquake uncovered another larger disaster in Haiti: Poverty. What is self-evident across the world is that poverty prevents sustainable growth. Haiti and the communities we serve are ready to grow. With your support, they won’t just grow, they will thrive.”