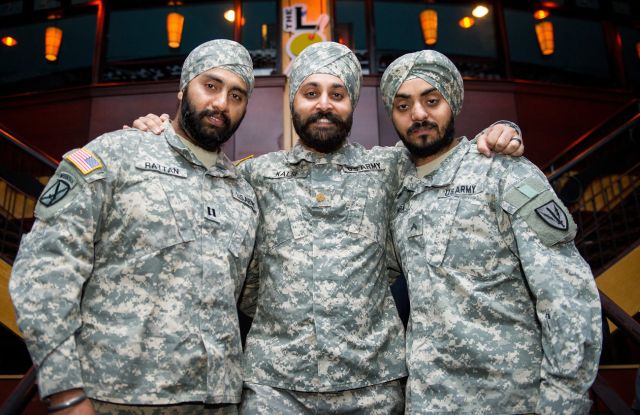 Good news for Jews who wish to serve in the American army. They will now be able to wear yarmulkes — skull caps — and have beards.

The Secretary of the Army has released a new set of regulations which are intended to make it easier for Muslims, Hindus and Sikhs to serve in the U.S. military without needing to compromise on their respective religious practices which require head coverings and beards. This will also benefit Jews.

“This directive revises Army uniform and grooming policy to
provide wear and appearance standards for the most commonly requested religious
accommodations and revises the approval authority for future requests for religious
accommodation consistent with these standards.” reads the Secretary’s memorandum. “AD 2016-34 remains in effect and continues to provide the policy for requests for religious accommodation involving uniform wear and grooming, except as modified by this directive.”

The announcement comes just a weeks after the NYPD made a similar change in its uniform codes to allow for religious expressions.

Douglas Carver, a Southern Baptist minister who is the former chief chaplain for the Army explained the situation to The Atlantic.

“The military is strong on tradition and order. When you’re going to have someone who looks different in the ranks, it takes a lot of discussion and exploration and advisement.”

“You are prepared to go into harm’s way, even to die, and practice of your religious belief brings courage and calmness, ” said Carver. “A soldier should not have to feel that he’s about to give his life for his country, but that he doesn’t want to compromise his individual faith or practices.”

Simran Jeet Singh, the senior religion fellow for the Sikh Coalition, told NPR “What I’m anticipating with this decision is that we will have a move in this country to recognize the right of individuals from different religious backgrounds to live in an America that does not discriminate against them on the basis of how they appear.”

So will this lead to an increase in Orthodox Jews volunteering to serve in the American Army? Probably not.