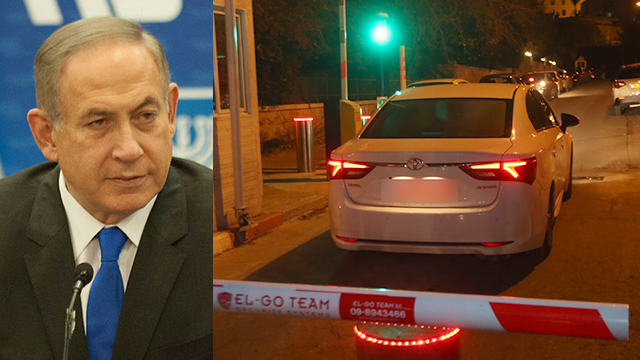 The statement issued Monday night by Attorney General Avichai Mandelblit avoids answering the question that has been troubling the Israeli public recently: Why was a criminal investigation launched against Prime Minister Benjamin Netanyahu?

The AG uses a serious word to describe the severity of the suspicions: Ethicality. This is the kind of suspicion that cannot be ignored. Netanyahu is being interrogated following “existing evidential basis”—in other words, following testimonies that have been collected from other interrogees and have been reinforced.

The main part of Mandelblit’s statement is dedicated to other affairs that the prime minister was involved in and that the State Attorney’s Office decided to stop investigating. The most famous one is what is known as the “Bibi Tours” affair—the Netanyahu family’s trips abroad at the expense of state and public bodies during the period he did not serve as prime minister, and the double invoices submitted for these trips.

Prime Minister Netanyahu under Police investigation over suspicion of bribery

The question whether closing these cases was justified or not is up for debate. One thing is clear: The AG sees these affairs as marginal compared to the big affairs he has decided to investigate. The closed cases point to the magnitude of the cases that remained open.

The AG did not have to elaborate on Monday on the investigations he had decided to close. His decision to do so at that particular timing shows that he is trying to convince the Israelis who oppose Netanyahu’s investigation, and first and foremost the politicians who gathered around him Monday, that he, Mandelblit, was not an enemy—neither of Netanyahu nor of the Likud. In other words, the AG is making a political move. He is helping Netanyahu’s supporters in their battle over the public opinion and hoping that, in return, they will let him continue the investigation undisturbed.

But, as I said, that is not the essence of the matter. The main thing are the investigations that Mandelblit did not elaborate on. We have yet to talk about the elephant in the room. The AG will not be able to continue with this confidentiality much longer. The public has the right to know what its prime minister has been questioned about in a criminal investigation.