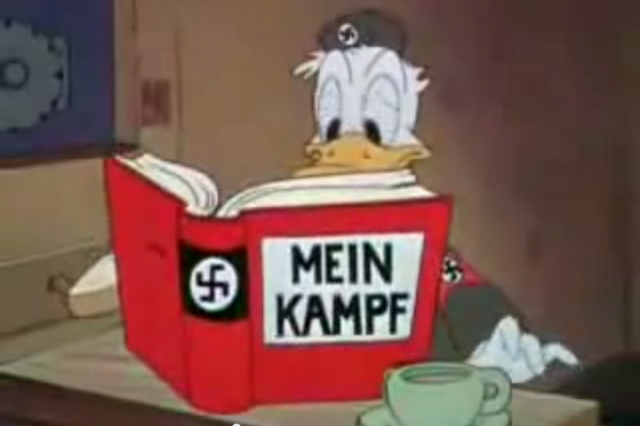 Believe it or not, “Mein Kampf, ” Adolf Hitler’s political manifesto in which he declared his intention to wipe out all Jews and have Germany conquer all of Europe, is once again a best seller in Germany. “Hitler, Mein Kampf: A Critical Edition, ” 1, 948 page annotated version of Hitler’s notorious book.

Mein kampf is German for my struggle. The new book is an academic edition priced at $60. It has already sold 85, 000 copies. Publisher Andreas Wirsching told the BBC that “the figures overwhelmed us.”

While nazi imagery such as swastikas have been banned in Germany for the last 70 years, it has always been legal to publish and sell the book Mein Kampf. Observers, however, say that the sudden sales of the new edition should not be taken as a sign of rising antisemitism.

As the Institute for Contemporary History director Andreas Wirsching told AP, “On the contrary, the discussion about Hitler’s world view and how to deal with his propaganda offered the opportunity to look at the disastrous roots and consequences at a time when authoritarian political ideas and right-wing slogans are again gaining followers.”

But this certainly cannot be said of other editions of Mein Kampf. Most people who read them are nazis who admire Hitler.