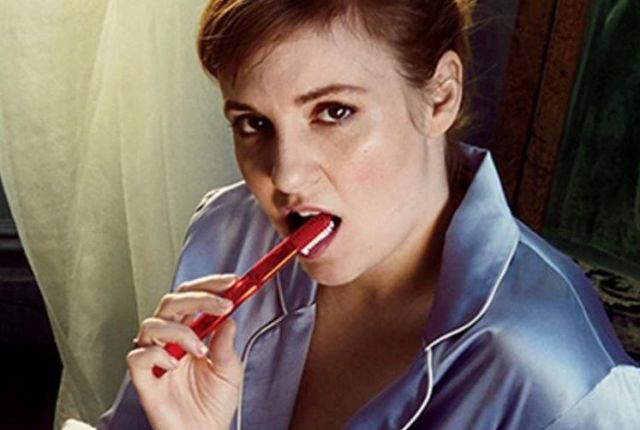 “Girls” stars Lena Dunham and Zosia Mamet gave their “exit interview” over the show’s last season to Glamour Magazine. “Girls” will start its sixth and final season on HBO on February 12. When it ends the hot comedy will have aired 62 episodes.

Zosia Mamet said that the most satisfying thing for her on the show was getting to play a character who was the polar opposite of who she really is and the most disappointing is how she now must say goodbye to the character. She said, “I
came to know this human that I created. And love her. And now I miss her.”

For Lena Dunham the most satisfying thing was learning how to collaborate with a cast of actors. “When I went into the job, I had fear about letting other people into my process, ” she said. “Or building my relationships with Allison and Zosia, and learning to listen when they had a note and not become defensive. Or the hardest, learning to listen to Jemima, because I always felt like she was, like, six steps from murdering me and I had to protect myself. But all of that helped me learn the satisfying thing of opening up and understanding that other people’s concepts of their characters, their ideas, are just as valuable as mine.”

Lena Dunham also posted the above picture on Instagram with the extended comment about the pain that she suffered through while growing up due to her body type.

Zosia Mamet is the daughter of famed playwright and film director David Mamet. She is an actress, musician and fashion designer and even has her own sunglasses collection called “Miss Z.” Mamet played Shoshanna Shapiro on “Girls” and can be seen in the new crime thriller “Under the Silver Lake” later this year.

Lena Dunham played Hannah Horvath on “Girls” which she also created, wrote, produced and directed. She won a Golden Globe for acting in the show and has been nominated for eight Emmy awards.