Alicia Silverstone, a Holistic and Jewish Intactivist
Actress Alicia Silverstone is Jewish. She had a usual Jewish childhood going to Hebrew school three times a week and celebrated her Bat Mitzvah. Her family lit candles on Friday nights and celebrated important Jewish holidays. As a child she went to Temple Beth Jacob, a Reform synagogue in San Mateo, California. But she broke with tradition in an important way. She chose not to circumcise her son, Bear, who remains intact at three years of age.As well as being a Jewish Intactivist and actor, Silverstone is a vegan activist, blogger, and writer on parenting issues. For Hanukkah last year, she released a vegan recipe for a Jewish holiday food on each of the eight days. The movie actress and parenting writer hasn’t said if she chose a non-cutting welcoming ceremony like the well-popularized Brit Shalom, a new Jewish ceremony for Jews who choose to keep their sons intact. She has said that she chose to keep her son intact for medical, moral, and sexual reasons.
Celebrities are not the only Jews to begin questioning circumcision. These days more and more young Jewish parents are keeping their sons intact. This phenomenon has gained the attention of the New York Times and Jewish press. Jewish Intactivists are blogging,  making religious cases for a shift in tradition, and are holding their own peaceful covenant blessings. Almost 200 Jewish leaders, mostly Rabbis and Cantors in the Reform and other progressive Jewish movements, are performing and celebrating such covenants
Jewish Intactivists are active in Israel, where they are making their case in the mainstream media. Kahal is a community group for parents of intact sons in Israel. In the ten years since its founding more than 1, 000, mostly Jewish parents have been members.

Rosanne Barr, Jewish Grandmother and Intactivist
Talking about the state of someone’s foreskin is a delicate issue for some, but not for Rosanne Barr. The Jewish grandmother, comedian, and actress is known for being ahead of her time. From her bold feminism and advocacy for gay and lesbian rights, to running for president on the Peace and Freedom party, Barr is used to being on the forefront of social movements.
Rosanne has taught Kabbalah at Jewish women’s retreats,  and is active in many progressive Jewish activities. The actress is not known for subtlety. She has argued against circumcision with Rabbi Boteach on the radio. In 2012, Rosanne tweeted the following about circumcision: “It is a barbaric & backward cult mind control technique that produces ill effects in adults.” 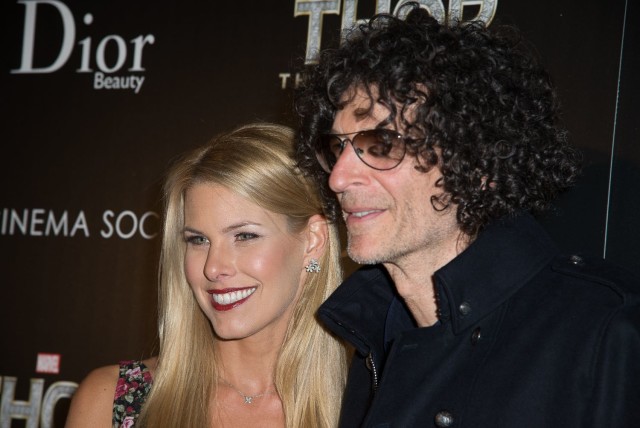 Controversial shock jock Howard Stern is used to generating big attention with his frank talk about sexual body parts. Stern is Jewish and is an adamant Intactivist. As reported on BeyondtheBris, while talking with a leading Intactivist on his Sirus radio show, Stern said that “men should not be circumcised… I don’t know where this circumcision came from, some people feel it’s a religious thing, it’s about health, it’s about cutting off the foreskin makes your penis less likely to get cancer. There’s been all kinds of myths. I think it’s nonsense. That if you’re born that way [with a foreskin], it seems to me it’s a mutilation to cut it off.”
The Jewish radio host compared the circumcision of men and women and asserts that both are mutilation. “The same way in Africa they sometimes cut off a woman’s clitoris and they think that’s justified. I think our foreskins were cut off in order to desensitize us, and I think it was a bunch of religious nudnicks who decided they didn’t want us going around fornicating so they cut off some of our penis skin.”
Intactivism among Jewish Artists,  Scholars, and Intellectuals
Howard Stern isn’t the only Jew who thinks that circumcision should be outlawed. A variety of Jewish writers and scholars have argued that surgical circumcision should be against both Jewish and secular law.
There is a long record of Jewish intellectuals who’ve used ethical and psychological reasoning to urge for a shift in practice. Jewish thinkers including writer Franz Kafka and psychologist Wilhelm Reich and were critical of circumcision. Jewish intellectuals including Sigmund Freud and French philosopher Jacques Derrida deliberately kept their sons intact for such reasons.
Jewish Rabbis and Cantors Advocate Peaceful Naming Ceremonies
Some Rabbis think that it is time for the covenant to be interpreted in a symbolic way, as Judaism already treats many other biblical commandments. The Jewish Humanistic movement is the most advanced in this regard, but Reform Judaism also welcomes intact male babies into the Jewish covenant.
Increasingly more young Jewish parents are choosing to keep their new sons intact. Instead of a traditional circumcision, families who wish to keep their Jewish sons intact are choosing to celebrate with a covenant blessing called a Brit Shalom or Brit B’lee Milah (peaceful covenant without cutting). The Brit Shalom Celebrants list is a worldwide resource for families listing almost two hundred Jewish Rabbis, Cantors and leaders available to lead these blessings. Run by Dr. Mark Reiss, a Jewish doctor, the list has increased by more than 100% in the previous two years.
Influential Jewish studies scholar Rabbi Howard Schwartz has long held this view. In an article for the influential journal Tikkun, he wrote “The issue of circumcision, in my view, is whether we want submission and wounding, as a symbolic act, to mark a man’s relationship to God and to the community in general. I no longer believe such a wounding is defensible.”
“There is more emotion about eliminating circumcision than perhaps any other traditional practice. But it is time to find a different symbol of a boy’s entrance into the community. Instead of cutting our sons, we might celebrate their masculinity. A more appropriate symbol would be a nurturing act, one that would affirm a boy’s relationship to a loving father, both his own and that of his God. We might, for example, feed our sons, since a meal is also a traditional symbol of covenant. Indeed, in one text, Moses and Aaron and the elders go up to the top of the mountain, and when they see God, they eat and drink. Feeding our sons, rather than wounding them, would be a symbol of our nurturing relationship to them.”
Other vocal Jewish Intactivists include psychologist and writer Ron Goldman, PhD., and novelist Lisa Braver Moss.Orthodox-raised, Intactivist Jonathan Friedman is involved year-round in protests and activism on the subject.
If these prominent Jewish Intactivists are a sign of where popular opinion is heading, then many members of the next generation of Jews can look forward to remaining intact!
In this article:Finance, Howard Stern