Bloomberg reports that the partnership is led by New York-based developer Georgetown Co., with Ackman’s firm acting as co-investor and anchor tenant.

The eight-story 464, 000- square-foot building was expected to sell for more than $230 million, according to a March 27 story in Crain’s New York Business. At this time, though, it is unclear how much is being paid. 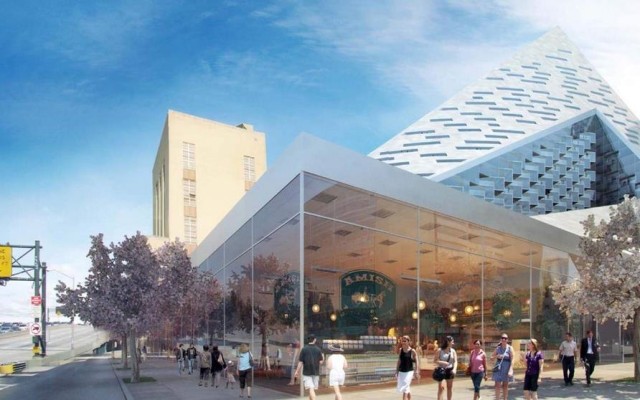 The building is far away from midtown Manhattan, where most hedge funds are headquartered. But it is close to W57, what is expected to be one of the most unusual structures to grace the New York City skyline. The Durst organization secured $411 million in funding for this pyramid building.

Ackman’s $20 billion Pershing Square Capital Management, which employs about 70 people, currently occupies the 42nd floor of 888 Seventh Ave., which offers views of Central Park. Ackman’s personal net  worth is estimated at $2.5 billion. He was the best-performing big hedge-fund manager for 2014,  netting his investors 40% that year.

In October 2014 Ackman famously dropped $91.5 million on a luxury penthouse condominium at One57 — the second-most expensive NYC apartment sale ever.